No, I won't be attending Game 7 tonight in San Francisco.

To the uninitiated, the San Francisco Giants are playing in the seventh and deciding game of the National League Championship Series.  Winner takes all and goes to the World Series.  Loser goes home.

The last time the Giants played a seventh game similar to this was fifty years ago when they battled the New York Yankees in the World Series.

The Giants lost that one - many think it's time to make that right.

There's a little bit of history tonight.  The Giants have never one a Game 7 in their 128 years of being a baseball team.  They are 0-5 in that scenario.  That's significant.  As significant as the fact that the Giants had also never had one of their own pitch a perfect game.  In 128 years.

When Matt Cain did just that.

I received an invite to attend this game, this game that's starting in just a few minutes.  I answered in the affirmative.  Hell, yeah!

Except that moments after accepting the invitation - I looked up at my calendar and saw that I had agreed to help out at a book event for a sister-store in Burlingame tonight.  That event begins at six o'clock.  The game begins at 5:07. 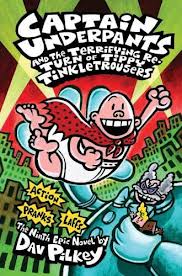 Not a propitious state of affairs.

Still, a deal's a deal.  And I said I would work the event.  Someone else would have blown off the book thing for the chance to see history.  Someone else, though, wouldn't have to deal with my own Greek guilt.  So off to Burlingame I go.  Alas, it's not a Pulitzer winner I'll be seeing this evening down in the Peninsula.  It's, you know, Captain Underpants.

Thankfully, I have a friend who is a teacher, a teacher who asks her students to write to Dav Pilkey every year as he is a favorite.  So there's that.  I'll get a book signed for her, for them.

After all, what's the alternative? 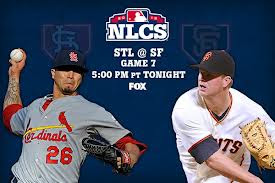 Besides - seeing that historic game I described?  I'm sure there'll be another Game 7 fifty years from now.