Wherein I Profess My Love For Rick Moody

So, just wondering, but would you have stopped on by if I had said I was going to profess my deepest admiration for Mr. Moody?

Because – confession time – I can't love this talented author.  I hardly know him.

Ok, ok, I don't know him at all.  But I did see Mr. Moody while he toured for his latest book, The Four Fingers of Death.  He read in Berkeley, just up the road a piece from Alameda.  And you may not love him either, yet, but you are going to admire him.  Trust me.

Maybe you saw The Ice Storm, way back when.  Great film.  Lot of really awful clothes from the 70's in that film – and the clothes aren't just used for window dressing; they help set the tone for just how weird a time the 70's was. 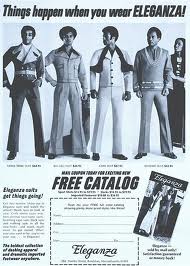 Anyway.  Good movie.  Better book.  Go read Moody, already.  Can you just do that for me?

Mr. Moody's event occurred on a Friday.  Fridays are Daddy Days, you'd know that if you've been paying attention.  But I don't expect that.  There won't be a test.

Usually, no problem, Karen will get home from work by taking one of the earlier ferries, and I zip up to Berkeley.  Except this Friday, Karen was in D.C.  So I had two little girls to look after.

Good Dads would have cooked up a little something, given them baths, read some books, and then nighty-night.

I can be a really Bad Dad.

The girls went with me to Berkeley.  On the way, I had them try to get their sillies out.  I can be loud inside a car.  My girls?  Even louder.  So we turned the dial all the way to 11 on our way to the reading, and with promises of good behavior, with promises of leaving all the loud behind us in the Honda, we approached the store. 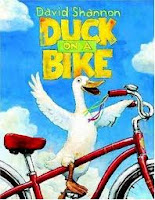 The Books Inc. on Fourth Street is next to a bunch of other fabulous boutiquey shops.  Fancy paper, fancy pens, fancy foods – all there for the asking.

The environment inside the bookstore wouldn't be totally unfamiliar to my girls – it's not like they hadn't been to readings before, but the readings have featured titles like Knuffle Bunny.  Mars Needs Moms.  Duck on a Bike.  Full-bore adult literature?  We'd be treading some new water here.

Just our luck, then, that Calvin - the manager there - had Mr. Moody's reading in the back, right next to the kid's section.  His staff had conveniently set up a row of chairs on the diagonal, blocking the corner that's made for kids.  My kids went there, and I sat in a chair that provided ideal blockage.

The kids, God bless em, were pretty fabulous.  We received a few raised eyebrows, but hey, it takes a village, all right?

The Berkeley store is beautiful.  The floors are polished concrete, tinted a shiny, soft green.  And so we all sat in the back, surrounded by books, and listened to Mr. Moody – slim of build, studious in character – talk about literature and read from his work.  The girls, as the reading lengthened, got a bit squirmy.  Kristina even lay out on the empty chairs next to me before going back to cuddle with her sister.

I've been to a hundred readings.  Probably more.  And I've thought about a lot of things while sitting there listening.  Like the time my writing group went into San Francisco to attend a reading at City Arts and Lectures.  Herbst Theatre on Van Ness.  The writer – a vet – had gained acclaim for his fiction dealing with the Vietnam War.  One friend from my group wasn't able to attend, but she told me about how this writer had met one of her high school teachers at another reading he had given some time ago.  They hit it off, one thing leading to another, and in a quiet moment, he shared a story with her.  A story from the war.  One that he hadn't shared with anyone.  A powerful story.

The story was effective – in that their brief relationship was consummated.

So it was with interest that I heard him tell the huddled masses who had collected there that night in San Francisco the exact same story.

I thought a lot of things right then in that beautiful Beaux Arts theatre.  I really did.

Sorry, all I wanted to say was that I've reflected on many things while sitting through so many readings.  Sometimes I think of the same things while listening to writers, new and old, read from their published work:

Why do I even try to write?

When is this reading going to end?

I wish this reading would never end.

I wonder where the bars are?

That last one is common.  Whiskey and words just go together easy.  But one thing I've never thought is something that came to me while Mr. Moody read.  I decided – if I'm ever lucky enough to have a book published, and have a reading – I'm going to have a blank-book with me, and I'm going to have everyone in attendance sign it.  I don't know why I'd never thought of this before.  I've certainly imagined what it might be like to address a group of people who have gathered to hear me read.

A boy can dream, right?

But this boy had never dreamed of having those gathered do the signing.  Don't know why it occurred to me then, but it did.

The girls got less squirmy the more tired they became, so they kept at what they were doing, quietly.  Elizabeth reading Chapter Books, Kristina pretending to read.  Did I mention the girls were dressed adorably?  Both of them in a lot of comfy pink – our girls do love their pink – and with their faux leopard-fur coats, also pink, now frumpled up behind them as backrests.

Mr. Moody has a penchant for lists, and so near the end, he read a beautiful passage, describing again and again what the stars in the night sky were like.

And it was as if Mr. Moody were singing us a lullaby before tucking us in for the night.

When the reading ended, when the Q&A was over, when it was time to gather at the podium and ask Mr. Moody to sign our books, he said a remarkable thing.  Rick Moody said, Oh, and if you want me to sign your book, you have to sign mine, too.

And he pulled out a copy of The Four Fingers of Death, opened it to the end pages, where lay the signatures of those who had come before to other venues to hear Mr. Moody read.

I know you don't believe in telepathy, or the more benign there must've been something in the air.  But I'm just saying I've been going to readings for years and I've never thought to myself, Wouldn't it be cool if I was the author and I had a book for all the good people to sign?

And yet just a few minutes after thinking this, Mr. Moody follows through with just that very exercise? 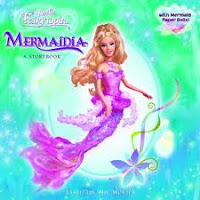 I head on up to the table, to where Mr. Moody stands, relaxed in jeans and sneakers, and I hand him my books to sign – my old copy of Demonology, and two copies of The Four Fingers, one for me, one for a friend – and that's when Elizabeth marches over with her copy of an 8X8 children's book.

She had seen me getting my book signed, so Elizabeth slaps her copy of Mermaidia, a Barbie Storybook, right down next to The Four Fingers of Death.  I don't know if Mr. Moody has children, but his easy way with this six-year-old interloper showed a grace and smoothness that I strive for in my own dealings with children.

So my daughter takes Mr. Moody's copy of The Four Fingers of Death, opens it on the shiny, cool concrete floor at our feet, and proceeds to write, in big letters near my own signature, Elizabeth. 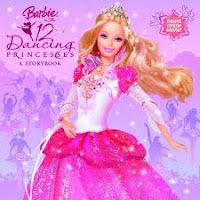 Kristina, freshened by all the fuss, bops up with her own selection, another Barbie Storybook – The 12 Dancing Princesses.

Are you noticing a theme in my daughters' reading habits, at least during this night in September?

Ever the pro, Mr. Moody explains the procedure to Kristina.  She looks at him as if he had just suggested she dance with ostriches somewhere in the Sahara.

I don't know how to write, she says.  I just scribble-scrabble.

Well then, says Mr. Moody, would you scribble-scrabble in my book?

I tell her, Not a very big scribble-scrabble.  And Kristina says, I know that.

I go and collect the leopard-skin coats, wrap my girls up in faux pink fur, buy my books and theirs, and head out onto Fourth Street, two tired girls in tow.  And as we pass Peet's Coffee, the workers there wiping the tables down, getting ready to close up for the night, it's just funny, I think, that somewhere – maybe in Mr. Moody's library in Brooklyn, maybe kicked under a dresser – there rests a copy of The Four Fingers of Death, with my signature, Elizabeth's printed name, and Kristina's scribble-scrabble.

Not a bad Daddy Day in the end.

And no, I don't wonder, where are the bars?  I mean, yes, later, I may pour myself a fine glass of bourbon, after I get the girls down.  But that's different.
Posted by Nicky P. at 6:50 PM