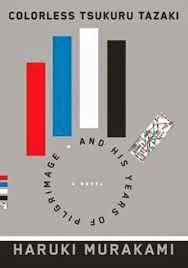 It's been two weeks since Haruki Murakami's new novel came out stateside.  That's given you plenty of time to have read Colorless Tsukuru Tazaki and His Years of Pilgrimage - so if you haven't, get cracking.  Murakami has created the exceptional in the guise of a conventional novel, when of course it's anything but.  Colorless Tsukuru Tazaki is now my favorite of his, so did I say get cracking?


In Tsukuru Tazaki's freshman year of high school, he's lucky enough to connect with four other students.  These five become that rare thing, the best of friends.  Truly.  Two girls, three boys, as inseparable as the sides of a pentagon.

Tsukuru feels a bit left out, though, because the other four all have a color in their last names - red pine, blue sea, white root and black field.  "Soon, the other four friends began to use nicknames:  the boys were called Aka (red) and Ao (blue); and the girls were Shiro (white) and Kuro (black).  But he just remained Tsukuru.  How great it would be, he often thought, if I had a color in my name too.  Then everything would be perfect."

The almost perfect is too good to be true, and a cataclysm - precipitated by his move to Tokyo for college - cuts Tsukuru off from his friends, setting him on his years of pilgrimage.  The first changes are physical.  After months of barely eating, his soft looks are replaced - his cheekbones appear to have been chiseled by a trowel:

"In any case, the boy named Tsukuru Tazaki had died.  In the savage darkness he'd breathed his last and was buried in a small clearing in the forest.  Quietly, secretly, in the predawn while everyone was still fast asleep.  There was no grave marker.  And what stood here now, breathing, was a brand-new Tsukuru Tazaki, one whose substance had been totally replaced.  But he was the only one who knew this.  And he didn't plan to tell."

I wish I could read that passage in Japanese.  It's such a brilliant echo of Dante's journey out of his own dark wood - and like Dante, Tsukuru has a guide.  It's not Virgil, but the seductive Sara.  They meet after Tsukuru's years of pilgrimage when he's in his late thirties, and he'll tell her parts of his story that he's told no one before.

Their story begins, like so many stories do, over drinks.  Sara's drinking a mojito, Tsukuru a highball - though he only finishes half of it.  Half of a highball?  Who does that?  Tsukuru does because he isn't a big drinker - but at one point, he wishes this weren't true.  "At a time like this it would be nice if I could drink more, he thought.  At this point most men would find a bar and get drunk."

Sara's the catalyst for Tsukuru's revelations, and you'll follow him into the past as he retraces the steps that led him out of that dark wood.  I followed, greedily, relishing his story, delighting in Murakami's prose - the musical elements are there, as they so often are, as is the ennui, the melancholy - but the pulse of the script is always carrying you forward...

Although Tsukuru doesn't drink often, he knows how to enjoy himself when he does.  Near the novel's end, we receive this glimpse:

"Tsukuru drank the Cutty Sark, savoring the fragrance.  His stomach grew faintly warm.  From the summer of his sophomore year in college until the following winter, when every day brought thoughts of dying and nothing else, he'd had one small glass of whiskey at night like this."

The warmth of the whiskey is palpable here, so I thought Tsukuru would enjoy a toddy on his contemplative nights.  But the toddy needed to be colorless, like our hero, so instead of whiskey we'd use shōchū - Japanese white liquor.  Yokaichi Mugi - a brand of shōchū - is sweeter than some, but like using brandy instead of whiskey, it makes for a perfect toddy. 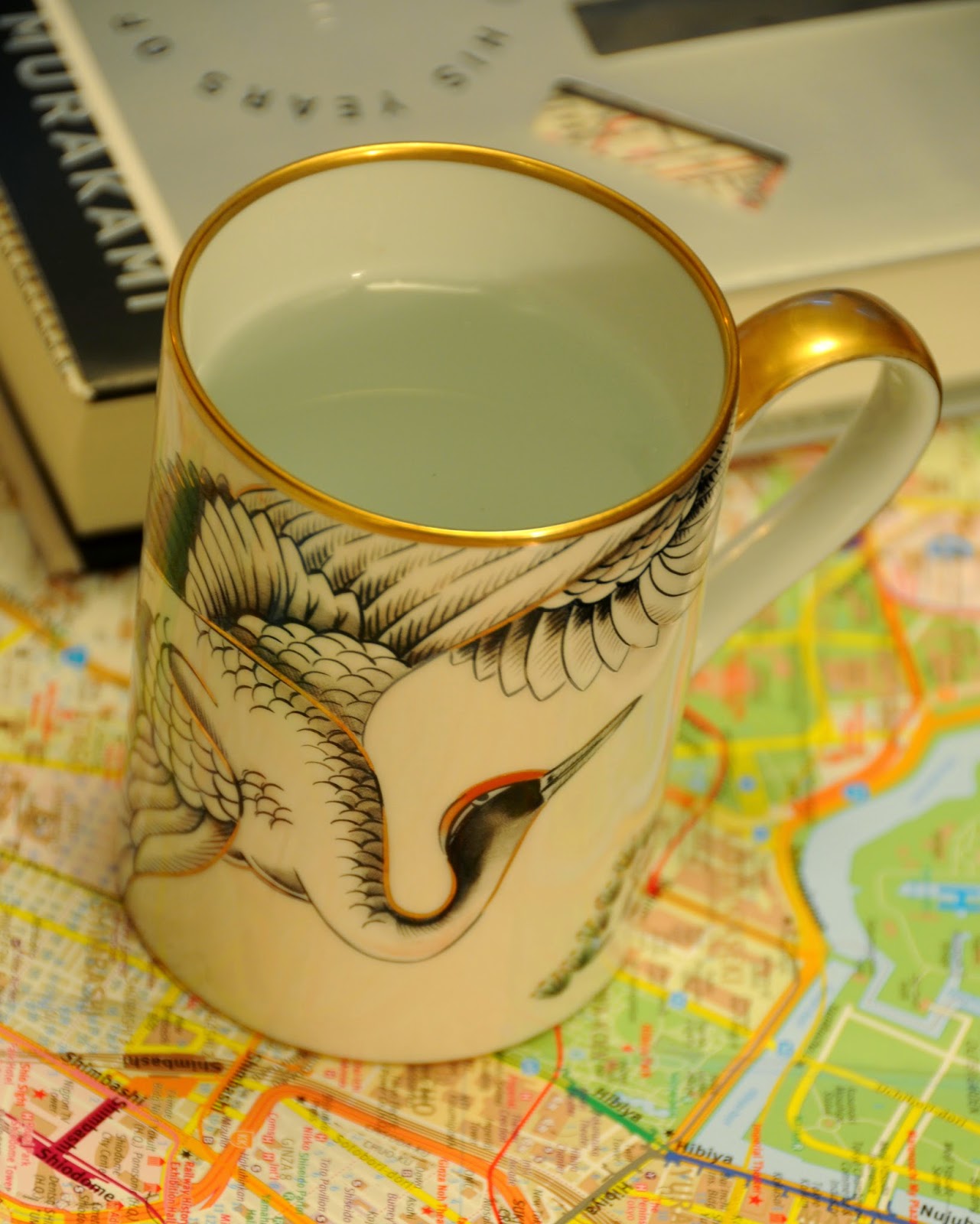 Instead of lemon, I used juice from the yuzu fruit.  This citrus is popular in Japan, and though it's hard to find, it's well worth the search.  It's a little bit grapefruit, a little bit mandarin, and all good.  Grapefruit bitters highlight the yuzu, and a little bit of sugar rounds everything out.

It would be perfect, of course, if my copy of Murakami's novel were signed, but that would be like wishing for a color in my last name - so I'll make do with a good drink.

You should, too - while reading.