A Captain Marlow for David Mitchell and The Bone Clocks


The New York Times has sources everywhere, and maybe things aren't as secure around Books Inc. International Headquarters as they could be - regardless, the Times got wind of the fact that in the bookstore's September newsletter, David Mitchell would be getting his own drink to celebrate the wildly anticipated publication of his newest novel, The Bone Clocks.

Learning this, the Grey Lady decided to give Mr. Mitchell the entire cover of yesterday's Book Review.  Either that, or they chose to review the book so prominently because it's another example of the prowess of Mr. Mitchell's audacious storytelling.

I mean, it could be that.

Please, tomorrow, when the book is available?  Go buy it, go read it - then we'll talk about it over drinks.

Speaking of drinks.  I'll mix you up a Captain Marlow - named for the pub where you'll find the teenage Holly Sykes at the beginning of The Bone Clocks.  Holly isn't trying to sneak a sip of beer - her parents own the pub.  We'll follow Holly from the moment in 1984 when she runs away from the Marlow - leaving behind the Talking Heads on her record player, her parents, her brothers and sister - and runs into her future, all the way into the middle of the 21st Century.

Mr. Mitchell again weaves disparate story-lines containing a cornucopia of characters.  Some of these you'll want to drink with, some you'll want to throw your drink at - like Hugo Lamb, an upper-crusty Brit who has something of the vampire in him.  A thieving vampire who wears great clothes.

For Mr. Mitchell's drink, I started with a good Irish whiskey as a nod to Holly's Irish grandmother.  There's a lot of posh in the Bone Clocks, though, and I'm certain that Hugo would wrongly look down his nose at the whiskey, so I added to bit of port to make him look up.  We'll drink this one after dinner, so I added a splash of Grand Marnier.  Maple Bitters echo the flavors of both the whiskey and the port.  A little lemon, some ice - and it's good to go. 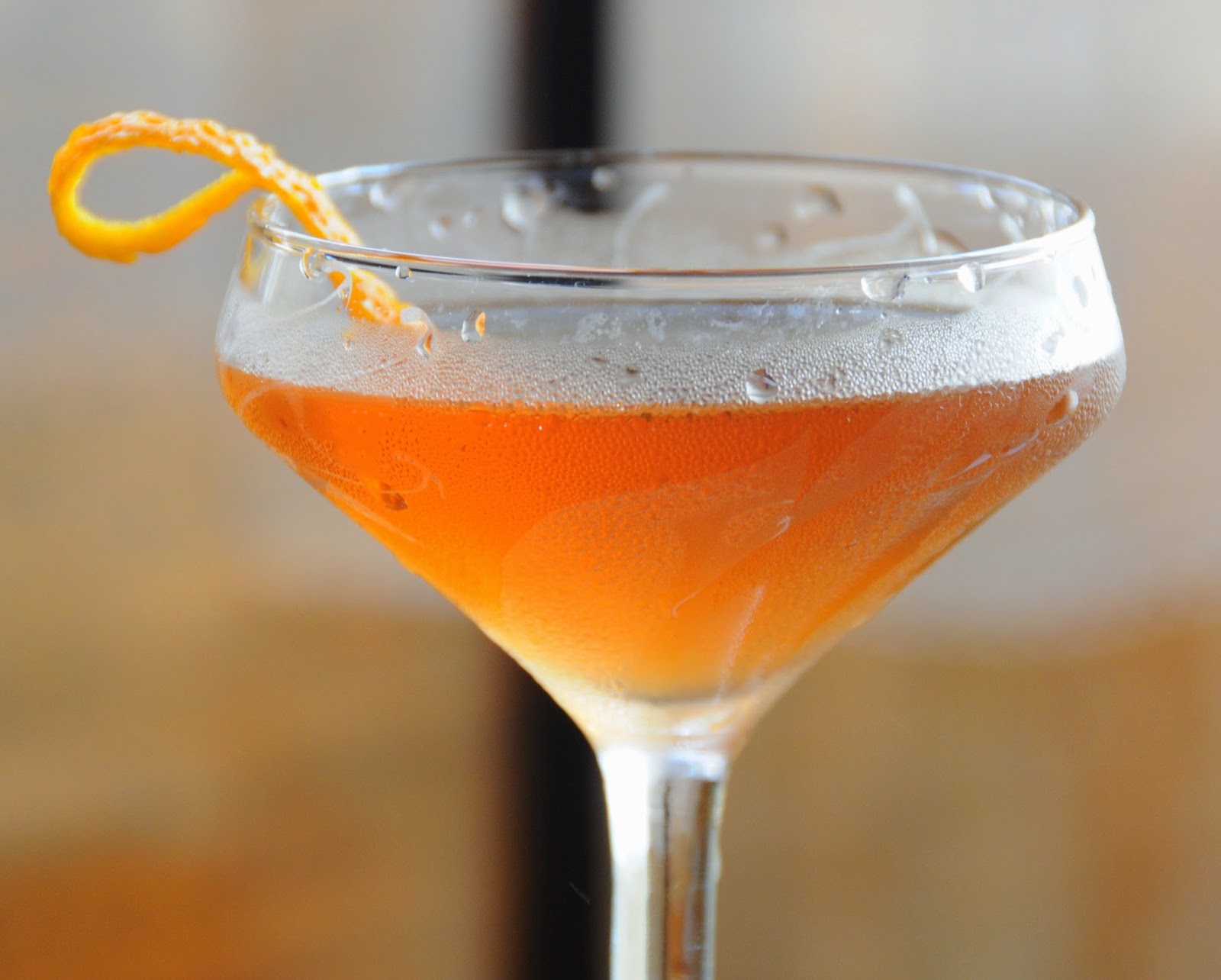 Stir all with ice.  Strain into a chilled cocktail glass.  Garnish with an orange twist.