You Never Count Your Money - Redux

When last we visited the cozy confines of Books Inc. on Park Street, I'd just been robbed. 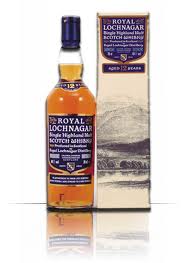 And no, there weren't any guns involved, no masked marauders.  Just some insolent little wretch who pilfered a bottle of bourbon I had artfully placed amongst copies of Keith Richards' autobiography, Life.
You may go here for the rest of the story if you want:  The Art of Stealing Bourbon
At the end of that tale, I had filled a bottle of the Royal with something other than the fine Scotch Whisky that had originally found a home inside its pretty belly.
I had asked my Park Street neighbor, Barbara, (her wonderful shop is here) for advice on how to color clear fluid to replicate warm whisky, and she recommended four drops of yellow and one drop of red.  As always, Barbara was correct.
The hue I achieved, and the shiny bottle with its royal blue label?  A stunning combination if I do say so myself. 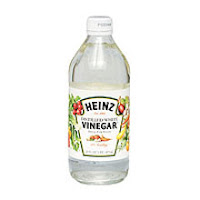 What's that?  You want to know what the clear fluid was that those drops of food coloring colored?  I'll admit to water and white vinegar.  And that's all I'll admit to.
Anyway, I leaned the doctored bottle against a stack of books.  The whisky looked right at home snuggled up next to Keith's weathered face. 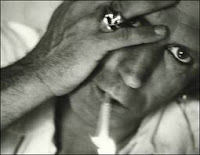 After placing the bait, like any good hunter, I waited - and not for long.  The trap was set on Tuesday morning, last, and it was sprung on Sunday.  Sue and Jerry were in the blind - otherwise known as the cashwrap - and they noticed a gent in a wool cap and a thin bomber jacket who kept his back turned to them.  He was awfully interested in Keith's book, they thought.
Then, naturally, they got busy selling and gift-wrapping, and when they looked up the gent and the bottle were gone.
Well played, faceless one, well played.  I only wish I were there when you toasted yourself with your ill-gotten gains.  What do you say - drinks on you next time?
Posted by Nicky P. at 9:02 PM