There were two things I wanted to do for sure on my first visit to New York - Ellis Island and the Dakota.

Yeah, I know, Ellis Island is touristy.  Walking through Battery Park with thousands of people all in awful clothes, queuing up for ferries to take you to the Statue or the Island.  What can I say?  I wanted to see the station where twelve million immigrants first set foot on American soil - including my grandfather, Papou George, in 1910.  He'd arrived aboard a ship from Crete when he was 18. 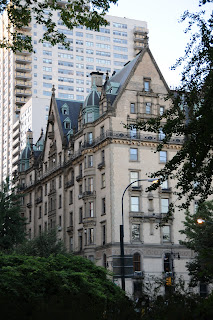 And the other - the Dakota.  Where John Lennon lived.  The Upper West Side, there on the corner of 72nd and Central Park West.  I've mentioned before that John wrote the soundtrack to so many lives.  John Lennon?  The Beatles?  Are you kidding me?  It's like he and they were a fiction, like Cecil B. DeMille and Federico Fellini scripted this fabulous foursome on some fantastical weekend bender that neither would later remember.

And indeed it was a beautiful day there in the Park by the Dakota, October 9th, 2010.

John Lennon only had 40 years.  And here I am, four years older than he, with four more years than he was given.  My friend Christian put this up today WOMAN IS THE N****R OF THE WORLD and there he is, a ridiculously young Lennon reading words of support from Ron Dellums before singing for Dick Cavett.

Another friend, Randy, reminded me not long ago about that dark night in December - thirty years ago?  How can it have been thirty years?

Randy was buying the Beatles' Rock 'n Roll Music Volume 2 at the Warehouse in Modesto on December 8th, 1980.  The hippie clerk took Randy's money and then told him that Lennon had been murdered.  Are you kidding?  That's how Randy receives the news?  Along with change from his purchase of a Beatle album?

I heard it like so many others - from Howard Cosell during Monday Night Football.  The Patriots at Miami:


Remember (Cosell said) this is just a football game. No matter who wins or loses. An unspeakable tragedy confirmed to us by ABC News in New York City.  John Lennon, outside of his apartment building on the West Side of New York City.  The most famous, perhaps, of all of the Beatles.  Shot twice in the back.  Rushed to Roosevelt Hospital.  Dead on arrival.  Hard to go back to the game after that news flash. 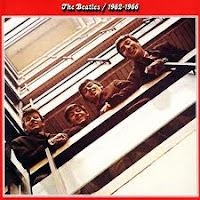 I didn't go back to the game.  I went into my room and turned on my clock radio - first tuning in KFIV.  Switching stations through the night.  All Beatles, all John.  I'd just purchased the Red Album, was playing it pretty hard in the days and nights leading up to December 8th.  From She Loves You to Help to Norwegian Wood.  Ticket to Ride?  I love that song.  I'd been playing them all to death, now everyone else was, too.

The next morning, spray-painted on the moonrock walls of Grace Davis High School in Modesto, were the graffitied words I READ THE NEWS TODAY OH BOY.

It’s just....Lennon was important.  To me.  I was fourteen.  Do you remember how important things were when you were fourteen?  I mean, his words, yes.  The music, of course.  His ideas.  How crazy, really, is give peace a chance?  But in the final-final, I mean, the Beatles?  They changed everything.  Everything.  And then for something so - so - senseless. 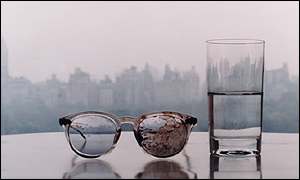 Senseless.  Seeking reason where there is none.

Say the word.  Think about it.  What does it mean?

One of the first questions Randy asked me, freshman year at Davis High, just a few months before December 8th, was who my favorite Beatle was.  I have no doubt that if I had answered differently, we would not still be friends today - thirty years later.

But New York.  This is a New York Postcard.  Karen and I were at the Frick Museum at #1 East 70th.  The Frick - that gets its own postcard, #7, later - but after the Frick, I look in my guide book and I tell Karen, You know, if we just cut across Central Park, right across, we'll hit Strawberry Fields and then the Dakota.

Karen knows, so she didn't hesitate - actually led the way. 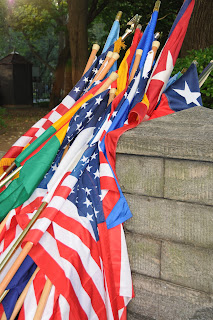 Through the wooded park, past the grandfather holding his granddaughter's two-year-old hand, past the brides getting their photos taken with fountains as backdrops, past the flags from the Columbus Day Parade, stacked against a wall.

Past the horse drawn carriages, the statue of Daniel Webster - and past the people, my god all those New York people.

Up a little rise and ahead of us a sign.  Strawberry Fields.  And so I want to do the picture thing, and as Karen's snapping away we both hear - we both hear...

Of course we're hearing Beatle music, right?  So we head up a little further, and there's a crowd gathered, listening to a band play the music, that music, playing Beatles and Lennon.  I mean, of course, right?  We're in New York on the weekend of John's birthday, his 70th.  His 70th if only, if only...

There we all stood.  In the middle of Strawberry Fields.  Listening.  To the words.  To the music.  Singing.  Of course we were singing.  You would've sung, too.  Trust me.  It was a concert, and we were suddenly all the players.  It was a moment - one of those moments - if we could've bottled that energy - that moment - our voices lifting high, singing along with Glass Onion

with Instant Karma
with I'm a Loser

with I Want to Hold Your Hand 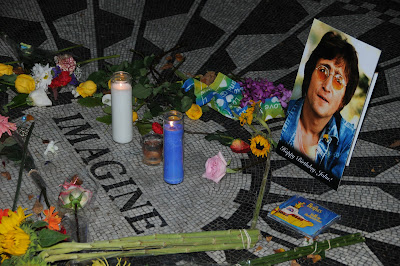 It's a chestnut, one of those memories I take out late at night, when it's cold and the wind's howling.  That crowd, crushing towards those players, so many of us there in the park, so many - but none of us standing atop the mosaic, the memorial mosaic with the word IMAGINE in the middle.  Instead, we circled it, left it free for flowers and candles. 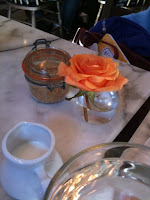 Lord, there's more.  With New York, there's always more, right?  Like how our day started when Karen and I met my friend Jenn and her kids in Greenwich Village - that's another postcard, #6 - and in the restroom of this swank little restaurant where we met for brunch, this swank little restaurant down a flight of stairs from street level, with marble tabletops and dusty-orange roses in water glasses . . . .

In the restroom there's a black and white photo of Muhammad Ali - right after he'd changed his name from Cassius Clay - Ali at home inside a boxing ring with the Beatles lying at his feet.

Ali so young and strong.  John and George hold their hands together in prayer, the prayer probably Please Lord let him not pummel us.  I mean, of course I'd see this picture of these great men at the start of their careers - of course this is how I'd start that day, right? 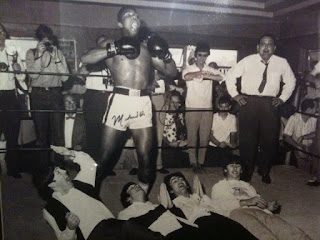 My trip would end the next day with a visit to the Strand Bookstore where I'd find a copy of How I Won the War - the novel turned into the movie with Lennon in a supporting role (but starring on all the movie posters and on the cover of my little paperback).  And then there's today, with people reflecting.  A somber email from my friend Danny to me and Randy.  Other people posting - and playing the music.  Go play the music.

Anyway.  Me?  I feel like the little drummer boy.  Just a poor boy, without a gift to bring.

Words - and thanks.  Thanks to John.