This first appeared, in slightly different form, in the San Francisco Chronicle on November 9th, 2001. 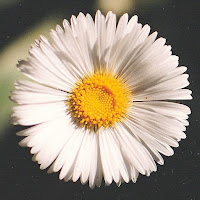 It was Day Three of a four-day hike across New Zealand’s Milford Track. Karen and I had just zigzagged 2,000 feet up a mountainside and were resting at the Mackinnon Pass.  The Pass overlooks the Clinton River Valley. That valley?  If you've been to the Yosemite Valley, think of that. If not, think of the most beautiful valley you’ve been lucky enough to see and we’ll just let that stand in for this Valley, ok?

Rearing up at the valley’s head are the Nicholas Peaks, snowcapped year-round. Flowers bloomed everywhere.  Everlasting Daisies and Mt. Cook Lilies, both with petals white as those peaks, lined the Pass.

Keas – green mountain parrots – pecked Karen’s lunch bag and tugged on my bootlaces while we rested for the 3,000 foot descent. 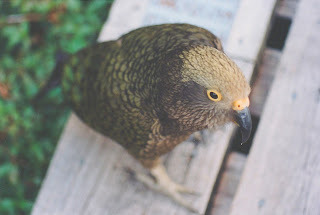 After shooing away the Keas, we started down into the valley under the grey, granite eyes of the mountains all around. I don’t know why Karen and I wanted to sing, but we'd been singing all week while we tramped. We didn’t talk about it. It just felt right, so sing we did.

The first words we sang that glorious day were “Christos Anesti.” They begin a hymn that’s sung in Greek Orthodox churches just after midnight on Holy Saturday, when that Saturday becomes Easter Sunday.  It's sung right after the lights go out in the church – all at once – and the congregation stands in darkness, the smoke from incense no longer visible but the air still smelling smoky and sweet. In that darkness, there is a single flicker – a candle held in the hands of the priest. He leaves the altar, cupping that single flame, and approaches the congregation. We wait, in the dark, holding our own unlit candles.

Quietly, the priest lights the candle of one of the parishioners in the front pew.  Then those two lights touch two wicks, then four lights touch four wicks, then eight touch eight, and in San Francisco or New York or Athens, suddenly the church is ablaze and our faces, lit with warm candlelight, light up even brighter with smiles. Other faces – Mary with her child, St. John the Baptist, the Archangel Gabriel – they all begin to issue out of the dark from icons now glowing gold and red as we all sing.

That day on the Milford Track, with keas flying overhead, Karen and I sang.
Christós anésti ek nekrón
We mimicked the sounds of that hymn.  Perhaps we didn't know how each of the words translates.
thanáto thánaton patísas
But we did know the hymn was full of hope. As we descended into a fern-filled valley we joined up with fellow trampers.  Some of our favorites, a walking club from Japan who had traveled together, were already smiling because they had heard us approaching.
ké tís en tís mnímasi
"Here come the Singers!" they laughed.  We had become the Singers to them.  That day they of course didn't understand the Greek words coming from American mouths, but they liked our enthusiasm, laughed with us as we passed, laughing already at the Singing Americans.
zoín charisámenos
We sang Christos Anesti because it's simple, but brilliantly simple, and the location demanded – New Zealand deserved – brilliance, so we gave what we could.


Tuesday. September 11th. 8:40 am.
A beautiful and blue New York day. In Manhattan, Vassilios Torazanos works in the tiny Church of St. Nicholas. The little building stands all of 35 feet tall in the shadows of the Twin Towers. Byzantine icons – St. John the Baptist and the Archangel Gabriel – those icons, gifts from Russia’s last Czar, are just two among many watching over Vassilios as he collects hymnals.
Tuesday. September 11th. 8:46 am.
Vassilios looks up, thinking he hears a thunderclap, but that can’t be – thunder doesn’t burst out of blue skies.  But it's happening.  The plane.  The crash.  The fire.  The smoke.

Vassilios never considers his car, he just runs – away from his church, away from Manhattan.  Then another plane.  Another crash.  More smoke.  More fire.  Flight 11.  Flight 175.  Flight 77. And Flight 93, the one that should have been heading to us in San Francisco. Vassilios keeps running away from them all, towards the Brooklyn Bridge, towards home. Behind him, the Twin Towers plunge from the sky, crushing all that's beneath them, his Church of St. Nicholas included.  New Yorkers are running like Vassilios runs.  Through the smoke and through the screams, away from Ground Zero.  Away, away.
That day, we're left with an endless video loop. Smoke billows, towers crumble. Billowing, crumbling.  Over and over. There is a collective intake of breath around the world and it lasts for days.

A week later, baseball restarted its interrupted schedule.  Karen and I had planned to go to the first game following it all, but Karen decided she wasn't up for games, so I went with my friend, Andy.

Marines in Dress Blues handed out flags and candles from all the gates at Pac Bell Park on September 18th.  I bought a red Giants cap, the closest thing I could find to red, white, and blue.  Everybody wore ride, white, and blue.  We headed to our seats, behind the visitor's dugout.  The singing of "God Bless America" hadn't yet become a cliché, so as the words scrolled down the Jumbotron, 40,000 remembered 3,000, and we sang.
We sang and patriotism gave way to sorrow. Then ushers walked down aisles lighting candles.  Flames touched wicks as neighbor turned to neighbor, and as Andy lit my candle, all the park's lights went out.  The Giants' announcer asked for a moment of silence.  40,000 people held 40,000 flames and the park glowed.


Church was also an interrupted routine.

San Francisco’s Greek Orthodox Cathedral was destroyed by the 1989 earthquake.  It was only then, more than a decade later, being rebuilt.  On that first Sunday after the attack, we sat in folding chairs in a chapel taking the place of a cathedral.  We prayed in a cathedral taken down by an earthquake for those in the Twin Towers taken down by planes.  We watched Father Steven and listened to Bishop Anthony and looked through the stained glass windows salvaged from the old cathedral on Valencia.

The only items salvaged from St. Nicholas in New York would be a charred cross and a twisted brass candelabra.

After the service, after Bishop Anthony eloquently addressed what had happened in New York and began handing out the antidoron – the blessed bread we share at the end of the service – the choir sang "God Bless America" (land that I love) and after accepting the antidoron, Karen and I walked slowly towards the exit (stand beside her) past little Greek ladies stuffed into black dresses. They sang along, these old Greek women, maybe not knowing what each word meant (and guide her) but, like Karen and me in New Zealand, they appreciated the power and beauty of the song. As we passed the tear-streaked faces of women born in another country but celebrating their adopted home in song (through the night with a light from above) Karen and I held hands and cried and became The Singers once again.
Please take a moment to remember those who lost their lives on September 11, 2001.
Posted by Nicky P. at 4:26 PM