Game Two - Success and Failure, in Baseball, in Life

It's just baseball, right?  Just a game.  But this time, it got personal.

Game Number One for the Giants, in this Best-of-Five Division Series (you know, if you're keeping score), went swimmingly for the boys from 'Frisco.  They went up by three, early, and then fended off a couple of bases-empty home runs (one a No-Doubter off the bat of the 21-year-old Bryce Harper - and yes, I do have socks older than he is).

Then on Saturday, Game Two was interrupted by our 30th High School Reunion - held at the venerable Minnie's on McHenry Avenue, and even if you didn't grow up in Modesto, you know McHenry if you've ever seen American Graffiti, George Lucas' paean to being a teenager in Modesto in the 1950's.  McHenry is where most of the Car-Action took place.

So Minnie's, and it was a reunion for Karen and for me because we both graduated from Davis High in 1984.  We met at Davis - US History with Mr. Thompson, freshman year - had lockers right next to each other, but didn't start dating until I hit a growth spurt in the summer of '82.  So we knew lots of people, and had the advantage over many of the other couples - because if someone there didn't know Karen from High School, they may have known me.  Doubled our chances right there.

We drank and mingled with lots of people we hadn't seen in 30 years - all while the Giants were playing a hard Nine Innings of ball in our Nation's Capital. 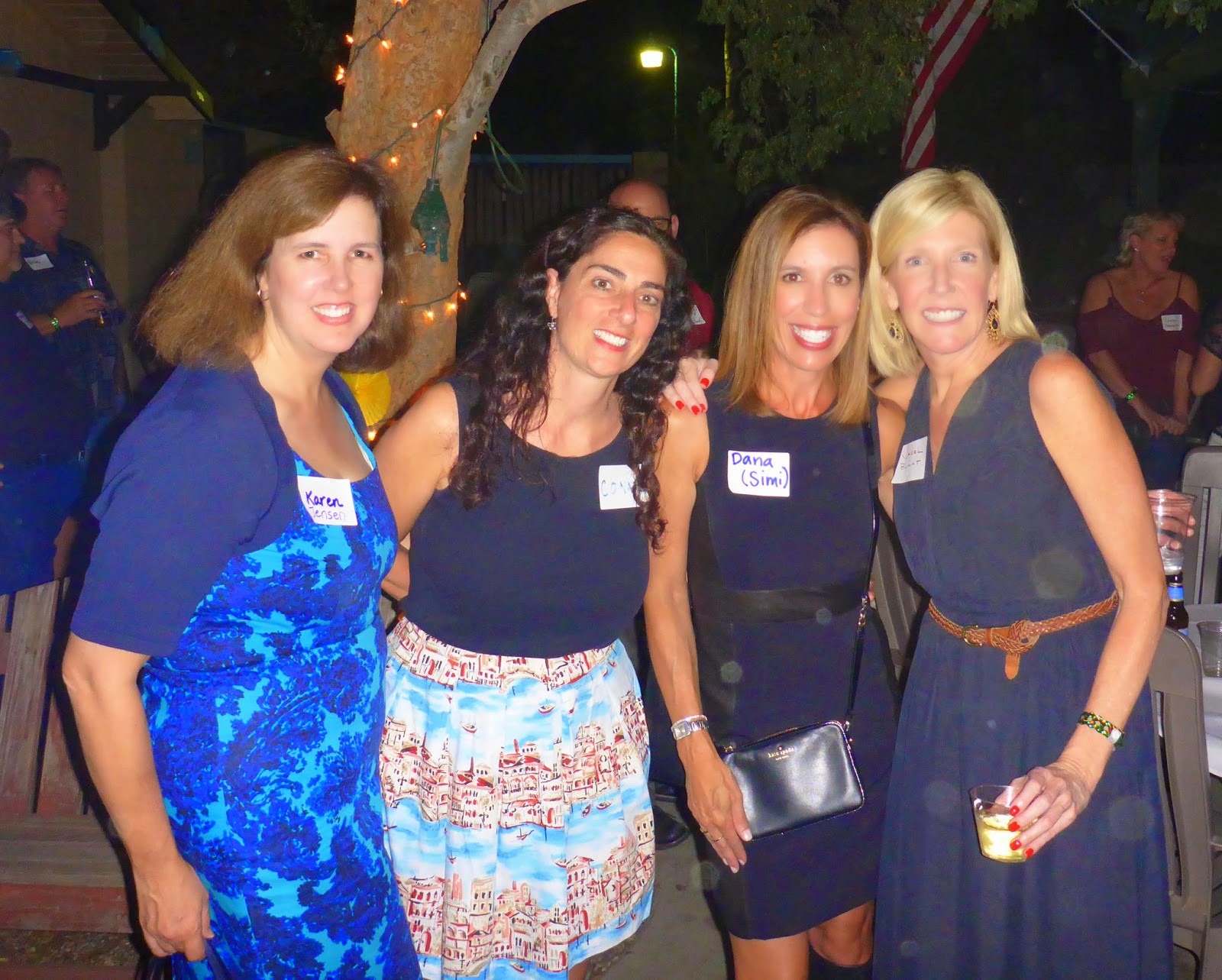 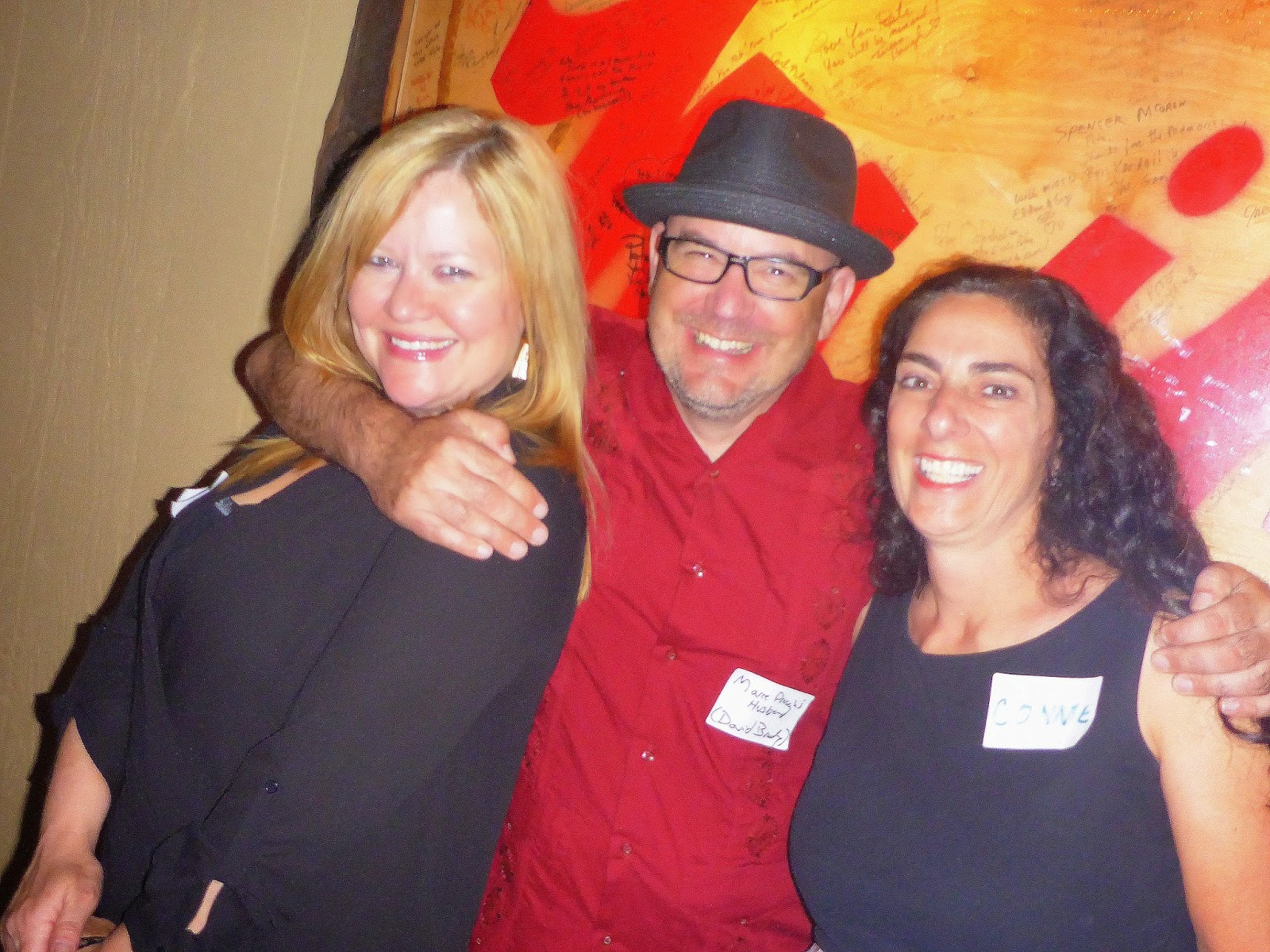 The reunion was good - mostly - but really, 30 years?  How did that happen?

Lots of hellos, how you doing, how many kids?  How old?  What do you do?

Lots of people going up to Karen, telling her how she was the nicest person they ever knew (in all seriousness) and how the heck did she stay so tangled up with me (in some seriousness).

Paul Zoodsma laughing, jokingly rubbing it in that he was Prom King to Karen's Prom Queen.  Karen had been there with me, though, so I had that going for me - which is nice.

And through it all there was that pesky game, against the indomitable Nationals - with both pitchers throwing incredible games.  Unfortunately for the Giants, Jordan Zimmermann for the Nats was throwing a game just a little bit better than the Giants own Tim Hudson - and while Mr. Hudson had only given up one run, in the third inning, one was looking like it was going to be enough.  In the fourth, still 1-0 in favor of the Nationals.  Same in the fifth, sixth and all the way to the ninth.  And in that ninth, first there was one out, and then there were two.

That's a wrap, right?  Considering the way Mr. Zimmerman was tossing the ball.  Except a funny thing happened on the way to a National's victory - Mr. Zimmerman gave up a walk in that ninth inning, and that brought out the manager for the Nationals.  In a move that will be debated for a long time, Mr. Matt Williams removed his pitcher, a man who had been toying with the Giants all night long, and brought in his closer - who promptly gave up a few hits, allowing a run to score.

Suddenly, it was 1-1, and after the completion of the inning, that's where the game stood.  Nine innings in the books, and it was all tied.

At this point, the Reunion was in full swing, and I'm still drinking Maker's on the rocks and Karen is catching up with old friends and I'm getting kissed on the cheek by Paul Zoodsma - which caused me to spill some of that precious Maker's, and then I'm donning oversized sunglasses and a pink, feather boa - just a regular Saturday night in Modesto. 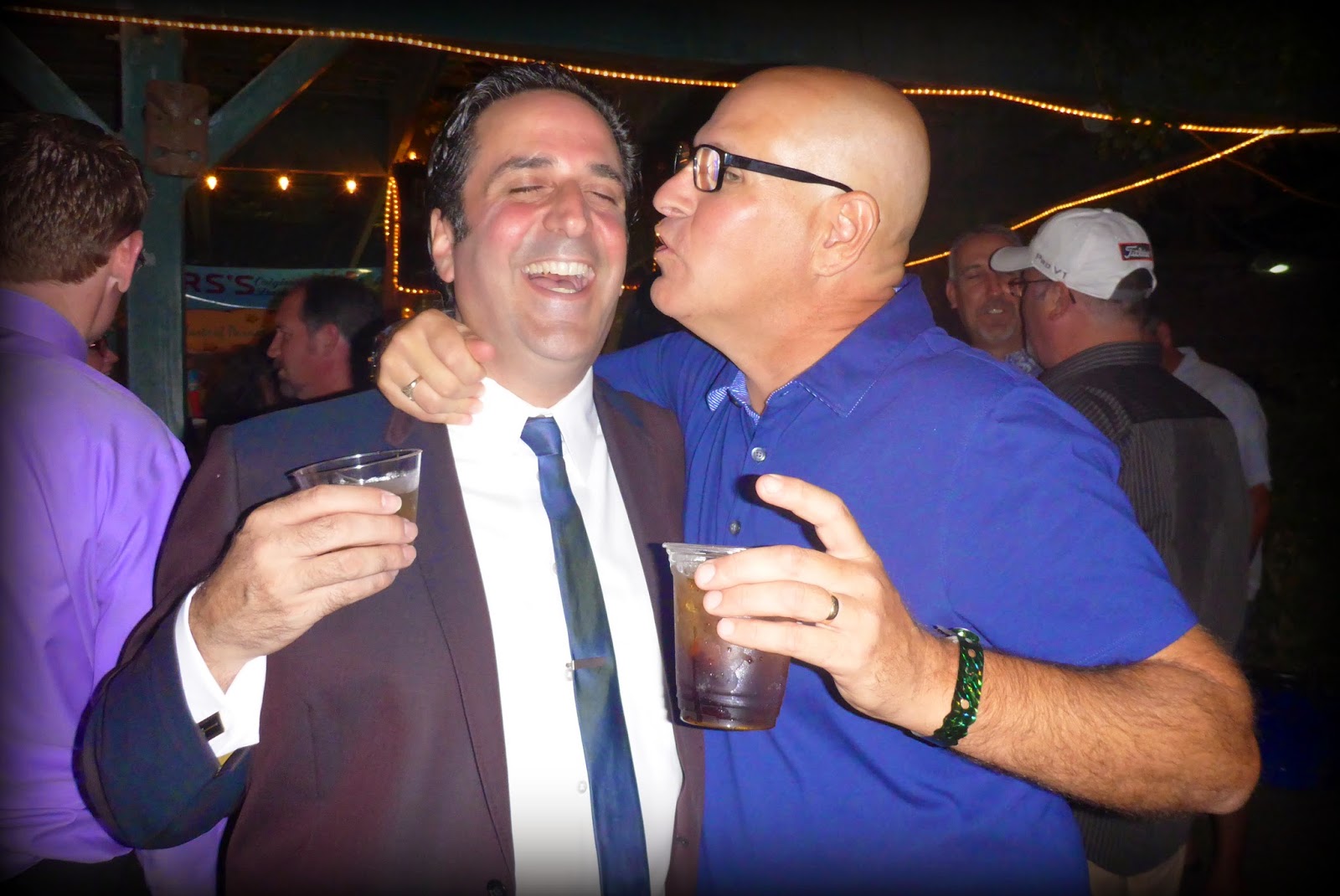 Lots of people are sneaking off to the bar to catch up on the game - the tv's there are blazing.  Other graduates are checking their phones with great regularity.  10th inning?  1-1.  11th?  1-1.  12th?  More of the same.  Lot of baseball, lot of not scoring for both teams.

Then we found ourselves in the lucky 13th, and that's when things got a little personal.


It got personal after I was pulled aside by a classmate from 30 years ago - just a light touch on my arm and a nod to follow her a few steps to the bar where she leans in and wonders out loud if she can ask me a personal question.  Sure, I say, just half listening, wondering if anyone is showing signs of scoring a run - when I talked to my mom after the game, she told me she knew it was going to take a home run to end this contest.

My classmate looks at me, all kind of serious, and she says, Does it bother you being here since you're not successful?

And I do a double-take - but yes, she did just ask that, and before I can answer she says, It's just that in High School you were such a success, you'd been in all those Gifted programs like me, all that stuff you did competing in Speech.  You gave the commencement address at our graduation, so many people liked you - but now...

And she let those words trail off into nothing.

I'm thinking a lot of things - a lot of things come rushing in right then - and I try to answer.  I'm trying to be polite, when what I really want to say is something that the Maker's could easily fuel - but instead I say, Well, I guess that depends on your definition of success.  I guess it would be easy to say that Karen is a success, going with your yardstick, because your yardstick seems to only involve, what?  A high-powered job?  Is that your yardstick?  So yes, then, Karen is very successful - in that way but in lots of others, too.

And I'm starting, now.  Right?  The music's loud - something way past 1984, Guns n Roses - and the whiskey has had plenty of time to settle.

But if that's it for me - then no, I'm not a success.  But I guess I measure things a little bit differently than you.  Or, well, more fully?  First, I'd consider how good a father I am to my kids.  Then I'd consider how good a husband.  How good a son, and brother.  How good a friend.  And in all of those things I could be better, Lord knows I could be better.  But overall?  In those catergories?  Pretty successful.

You know what comes next? and I'm getting a little loud, competing with Axl Rose.  Next is what I do with my words.  With my writing.  I try.  Quite hard.  Not as hard as I should, but sometimes?  I hit that pitch out of the park, and when I do that, I'm happy.  And successful.

My job, though, because I guess you're mainly wondering about my job.  I sell books, but you must know that or else why would you have asked me your question.  Books?  I'm pretty passionate about books.  About ideas being disseminated.  About talking to people about what they like to read, and what I like to recommend.  I feel that bookstores - yes, even my little bookstore in Alameda - I feel that bookstores can be important vital parts of a community.  And that's something that people in our internet age are quick to forget.  But bookstores have done a lot of things to make sure that words remain free - kind of silly to be so dramatic, right?  But there you go.

And that question, my question, met with a lot of silence - unless you consider the void that John Mellencamp was filling with his tale of Jack and Diane, those two American kids living in the heartland.  So let it rock, right?  Let it roll.

Tell you what, though, I said.  I think I need another drink.  So if you'll excuse me?

And that question met with the same silence so I walked past her and up to the bar where Paul was asking what the hell I was doing without a glass.

Just rectifying that, I said.  And I looked at the bartender and she said, Another Maker's for you?

After having played the longest game in postseason history in Major League Baseball at six hours and twenty-three minutes.

A successful night for the Giants?  Well, I guess it depends.  It did take them an awfully long time to win, to go up two games to none on the Nationals.

So - what kind of yardstick do you use?