Ever Drink a Rattlesnake? 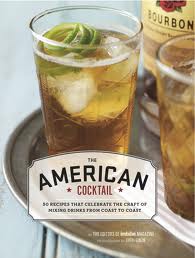 I wanted something different.

Wanted bourbon, though, and that's not so very different.  Hmm, what to do, what to do?

When I don't know the answer, I hit the books.  Tonight I hit The American Cocktail.  Just out last year from the geniuses behind Imbibe magazine.  It contains 50 drinks covering the Coasts and everything in between.

I opened the book at random and found myself on page 89.  Before I tell you about the rattler I discovered there, I gotta put down two funny lines from December.  I only have a few more hours of January left, and if I don't get the lines down now, well - February just seems too far gone.

The first line came from a card we received from our friends Annie and Danny.  They live on the other coast now, and we always look forward to their cards.  They're that couple who actually writes something inside - if it weren't so cool, it'd be irritating.  This year, they commented on the photo of their daughter and son.  Don't be fooled, we were warned, about how well the kids clean up.  They were pretty sure they'd just, that very day, uttered this phrase - while in conversation with Child #1:

We don't negotiate with terrorists.

And lord, yes.  We could relate.  We love our kids, of course - but c'mon?  Sometimes that's exactly how we feel.  Like an occupying army in a hostile country full of natives that would rather see us gone.


So that was the first funny thing.  The second funny?  When Kristina told us that, yes, Santa had visited Bayside - her school - but that it wasn't the real Santa.

Not the real Santa? Karen asked.  Why do you say that?

Welllll, Kristina said, hands on her hips.  He said he was glad to see me.  Really happy to see a little girl who'd been so good all year long.

Karen and I just looked at each other, then at Kristina.

The real Santa knows that's not true, she said. 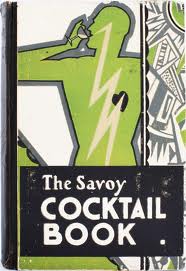 Ok, now that I got that out of the way.  Page 89 of The American Cocktail book.  There you find a Rattlesnake.  It's a riff on the original Rattlesnake from Harry Craddock's The Savoy Cocktail Book.

If you ever come across a copy of the Savoy - well, let me take a gander at that beauty from 1930 and I'll mix you anything you want. 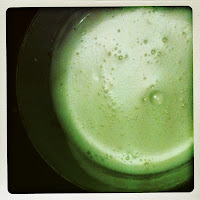 Fast forward 80-odd years, though, and you'll not find Harry Craddock at the Savoy, but Evan Faber pouring behind a bar in Boulder.  Since he's in Colorado, he gets to sip Stranahan's, a gorgeous, smooth whiskey that I hadn't heard of until just a few weeks ago - the Daddy of one of Kristina's friends introduced me to it after dinner at his house.

If you're ever in Denver, buy some.

I said I wanted something different, right?  But I still wanted bourbon?  Well, the Rattlesnake's got bourbon, but it's also got an egg white to froth it up.  That's different.

ADD THE ABSINTHE TO AN ICE-FILLED COCKTAIL SHAKER AND SHAKE.  ADD THE WHISKEY (I USED MICHTER'S SINCE I'M NOT LUCKY ENOUGH TO OWN STRANAHAN'S), LEMON JUICE, SIMPLE SYRUP AND THE EGG WHITE.﻿  SHAKE VIGOROUSLY.  DOUBLE STRAIN INTO A CHILLED COCKTAIL GLASS.  GARNISH WITH A LEMON TWIST. 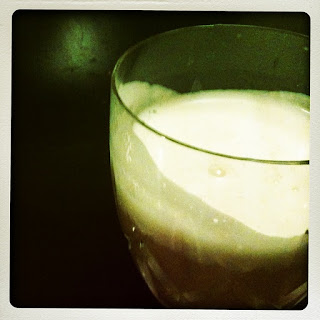