The Debased Nature of Speed Cops 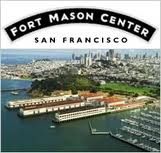 I'd been asked to sell books during Word for Word's production of Upton Sinclair's Oil!  Parking was an issue because I needed a spot near the theater's entrance because of all the boxes I was schlepping.

I made one last pass up close when, right outside Building D, I spot a zebra-striped space, unoccupied.  I don't know what they're for, not exactly.  Not for parking, that's clear, otherwise this one wouldn't be empty.

I convince myself that there will be no fires tonight and so snag the spot.  I mean, fighting fires is noble, but helping to spread the word of Upton Sinclair is noble, too.

These are the lies booksellers tell themselves.

At the beginning of the performance inside the Magic Theatre I worry about getting a ticket because of my illegal parking.  Getting a ticket - or worse, getting towed.  But watching the genius of Oil! unfold soon makes me forget all those outside troubles, and everything that matters is happening inside, on that miracle stage. 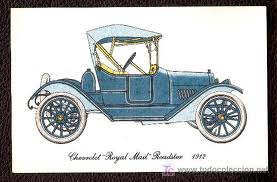 Do you know Word for Word?  They take a short story and perform it just like you'd expect - Word for Word.  That night, transported from Sinclair's world, a father and son travel on a California highway in a roadster like nothing you've ever seen.  This auto's got wheels made of chrome pipes, pistons shooting up down up down, crazy shiny grillwork, and it's breathing - I'm telling you, that automobile breathed.  Was brought to life by two actors.  One playing the engine and the other - well, you might not think that a woman in grease-monkey overalls holding a stick that vibrates as Dad accelerates could accurately represent a speedometer on a automobile from 1912, but trust me.

As the speedometer quivered like mad, fasterfaster, the stage receded and we were all right there, on a hot strip of California blacktop, watching a father and son enjoying the sun, reveling in the roar of the engine, when over the roar they hear - oh the injustice! - a siren.  That just sets Dad off, incites him to assail speed cops and their debased natures.

Dad berates and castigates, grouses to Buddy, his son, that the speed cop "chose a spot where it was perfectly safe to go fast, where he knew everyone would be impatient having been held in so long by the curves up in the mountains!  That was how much they cared for fair play, those speed cops!"

Traffic signs?  They were for people who didn't know how to drive.

But of course the reference to speed cops brought to mind the meter maids lurking out in the dark, so I'm bedeviled again by the ticket that's no doubt tucked under one of my Honda's windshield wipers.

The performance ends - too soon, too soon - and I'm left with the packing up, with the hauling to my car, with the dread of seeing that nasty little paper reprimand.  So imagine my surprise when I discover it's not there - there's nary a ticket in sight.  In fact, there's nothing in sight.  It's now after eleven and Fort Mason, bustling just a few hours before what with the performance and the reservations at Greens and lord knows what other manner of fun, but now the parking lot at Fort Mason is quiet, empty.  The only thing I think I see through the mist is a raccoon investigating a styrofoam cup.

I button my coat as waves lap against boats rocking side to side in the marina.

As I pull away from my illegal parking spot, I cut across the desolate lot and think that I still have time to get to the store before midnight, before closing.  But then I see in my rearview that I'm being followed by a van.

It creeps closer as I continue across empty parking spaces.  Suddenly, in the dark of the parking lot, bright lights shoot from the top of the van and I'm lit up like Buddy was on stage.

I stop and roll down my window.  A shadowy figure approaches the car.  As he gets close, he calls out, Do you know why I stopped you?

I forget if you're supposed to be truthful or not.  I know there was a study somewhere that came down on the side of the truth - or not - in these situations.  I just forget which.  He isn't interested, not really, because he asks for my driver's license.

My license?  Since when do meter maids ask for your license?  Then the guy tells me - I still can't make him out because he's back lit by all those lights atop his ride - that he followed me as I rolled through two stop signs. 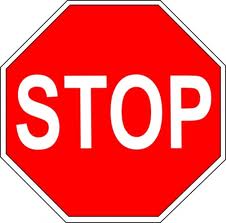 I look past him at the mist swirling through the emptiness surrounding us, and I'm all, Isn't this a parking lot?  That, of course, is when it starts to dawn on me that Buford T. Justice here ain't no meter maid.  He stands up, straight, and informs me that we're on federal property and those were stop signs, two stop signs, that I just blew through.

I can't prevent myself - it's late, the store's going to be closed soon - and so there's just a hint of laughter in my voice when I say, No really, isn't this just a parking lot?  I didn't know the Federales had jurisdiction.

That was a rookie move.  I hear my Dad's voice come to me - Never laugh at guys with guns - just as the silhouette of this guy places a dark hand on a dark holster.

Right then, a big Shadow walks by the car - walks by, then slows, then stops.

In the middle of the big Shadow?  I can make out Dad, and Buddy.  The Speedometer and the Engine.  The whole cast from Oil!

I scootch down in my seat, I don't want to be recognized, not when Buford is headed back to his vehicle to "run this license."  But a small Shadow disengages from the big Shadow, and that Shadow takes form as Susan Harloe, one of the founders of Word for Word.

Susan peers into my car, all lit up because Buford said, Let there be light!  Susan looks in - Nick? she asks.  And I say, Um, yeah.  And she says, Are you ok?

By this time the Shadow - the actors, the director, and God knows who all else - has shuffled over to the car, so I say, Oh, I'm fine.  Just got pulled over by a Speed Cop.

Susan says, Do you know the Buchanan Grill?  I nod, so she says, What do you drink?  I say, Scotch.  She says, With or without?  I say, With.  And she says, We're headed there - I'll have one waiting for you.

If Buford gives me a ticket, I'll just go to the bookstore.  But if he lets me go - a scotch on the rocks sounds mighty fine.  The Shadow moves off, still laughing, as Buford returns.  We both don't say anything.  As he hands back my license, I'm dying to say, These aren't the droids you're looking for.

It takes every ounce of sober concentration to keep quiet.

A fog horn goes off.  The air coming through my open window is cold, wet.

Buford puts shadowy hands on shadowy hips.  I'm letting you off with a warning, he says - and honestly, the rest of his little speech fades away like the call of the fog horn because I can already hear the ice chinking into my glass at the Buchanan Grill.  I've never had drinks with actors after a show, but tonight?  Tonight I'm going to.