What goes into a drink?  Booze, naturally, unless you want a non-alcoholic cocktail - like customers who belly up to the bar and ask for a virgin Bloody Mary, a drink bartenders call a Bloody Shame for obvious reasons. 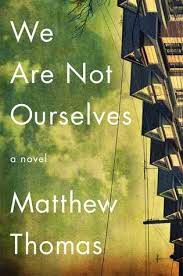 But it's the choosing of the booze that can make a drink sing, so choose carefully.  To commemorate Matthew Thomas's remarkable debut, We Are Not Ourselves, I took my cue from the father of Eileen Tumulty, the character you'll follow from her girlhood in the 1940's all through her tumultuous life - a life colored by the times she grows up in, certainly, but colored even more by the neighborhoods she'll call home, by the friends and acquaintances she'll meet along the way.

Her father, Big Mike?  He's loud.  Charismatic and dynamic.  And even though he cuts a brash, dangerous figure, "When he drank whiskey....the leash came off," he's also responsible for some of the most touching scenes in the book.

In one, he's purchased his daughter new shoes to replace her worn-out pair - and because this happens while Eileen's mother is in the hospital, Big Mike has to choose on his own and he buys a pair, manure-brown, that little Eileen "was sure were meant for boys."  When she balks at wearing them, he upbraids her and says when he was young, he would have been grateful to receive secondhand shoes.


"If my mother were well," she said bitterly, "she wouldn't make me wear them."

The quaver in his throat frightened her enough that she didn't argue.  The following night, he brought home a perfectly dainty, gleaming, pearlescent pair.


In another scene, after Eileen gets drunk on a date and Big Mike hears of it, he decides to school her in the ways of drinking.  He has her take a drink from every bottle in the house, beginning with whiskey - from the bad stuff to the good.  Then vodka.  Gin.  Beer.  And onto colorful drinks - Cointreau, Creme de menthe, Grand Marnier.  When she complains ("I don't want to drink that much") he tells her if she wants to stay under his roof, she'll finish the glass.


"You will never again drink anything you can't see through....You will never pick up a drink again after putting it down and taking your eye off it....Drink whiskey," he said.  "Good whiskey.  Not too much.  That's the long and short of it."


If only we all had had a Big Mike to instruct us in the ways of the drink.

When I needed to choose the booze, I began with Big Mike's admonition and went with whiskey, good whiskey - but I wanted it to clamor like the Queens neighborhood where Eileen grows up.  I started with Jameson Irish Whiskey, of course - the Tumulty clan I'm sure would've liked their Jameson - but then I added New York in the form of Hudson Manhattan Rye.  Still, the neighborhood was loud, and two voices weren't enough, and I wanted more of the melting-pot chaos involved, so I added some smoky Yamazaki Single Malt.  This trifecta of different cultural voices was good, but the addition of sweet Italian Galliano made it a grand slam.  Lemon and Jerry Thomas' bitters would tie the ingredients together, bringing calm to this raucous neighborhood in a glass.  The fact that the bitters were named Thomas, like our author?  Sheer coincidence.

What I ended up with, then, was a Big Mike.  I think it sings, even though, alas, the lemon makes it impossible to see through.  Enjoy. 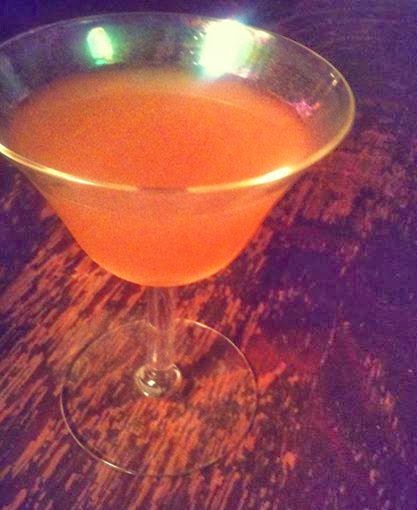 Stir all with ice. Strain into chilled cocktail glass.