We had a bit of a rough start when we headed to Disneyland on Valentine's Day.  About twenty miles into our journey we realized we had left our tickets for the Magic Kingdom at the house.

So around we turned and headed back.  As I exited 880 onto the frontage road that wends along the freeway, I could see Kristina in the backseat getting her bearings.  I looked down and saw that we had traveled 43.5 miles only to be back where we started.

Kristina, still looking around, said, Hey, shouldn't we be further along than this?

I really love that kid.

Grabbed the tickets from beside the clock, found the guide book we'd also left behind, and resumed our trek.


After midnight, I decided to plug in my iPod and play only the longest songs I could find.  Alice's Restaurant ate up more than 10 miles of our dark route, and the Day the Music Died was good for another 10.  But In-A-Gadda-Da-Vida?  Thank you, Iron Butterfly - 45 years after you released that song, you carried me well through the Grapevine.  25 miles at least.

Lotta drums and keyboard in that song.  Lots.

On that end of our journey, as we neared our destination, Iron Butterfly now a memory, Caltrans decided to close the 405 - without providing any detour signs, God bless 'em.  I don't drive much in SoCal, so this put another wrench in our works.

But finally, around 3 a.m., we arrived in Newport.  I hope the poor woman who lives above the garage was out frolicking, because I opened and closed the garage door four different times.

Disneyland?  Disneyland is amazing.  I know, you knew that.  But we didn't know what to expect.  The crowds! we'd been warned.  On President's Day Weekend?  The crowds!

Do you have a plan of attack?  Who'll get the Fast Passes?  Are you packing lunch? 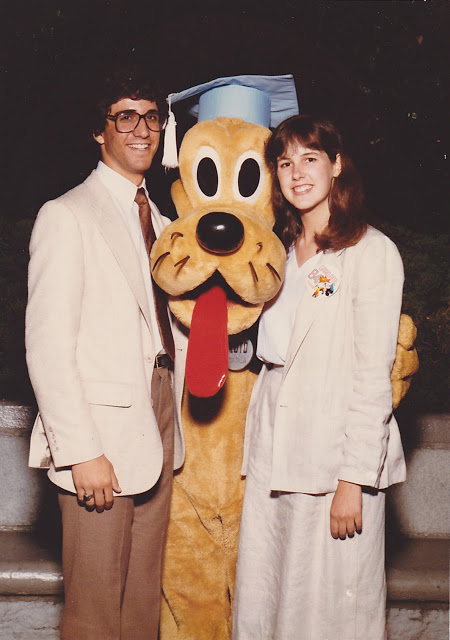 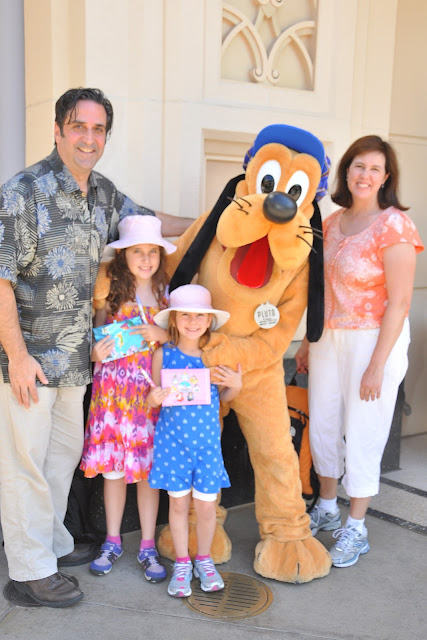 And you know what?  It was still amazing.  We had a great time - the girls had a great time.  The Haunted Mansion is phenomenal.  As is Pirates.  I had a mission, though.  To find Pluto.  I explained that the last time we were in Disneyland, Karen and I were enjoying Grad Night 1984.  One keepsake from that night was a picture with the dog himself, happy Pluto.  So we we're going to recreate that, if we could - with our two additions.

Karen wanted to know if there was an app that let you track the whereabouts of the costumed characters - but I was pretty certain we'd find him.  I mean, right?  We couldn't not find him - that just wouldn't be right.

So of course, we did.  And if I do say so myself, I think the almost 30 years have been kind to that doggy.