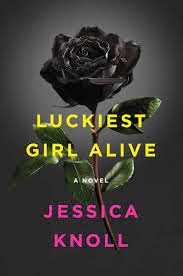 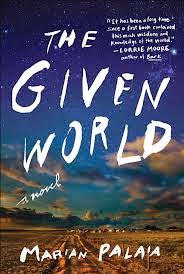 Eight Hundred Grapes (that's the number it takes to make a bottle of wine) was also the easiest of the books for which to create a drink.  I'm always looking for the hook in the book that will translate to the glass, and with Ms. Dave's novel, I was handed the wine region of Sonoma County where Georgia Ford flees after discovering her fiancé’s not-very-well-kept secret.  A secret both serious and significant.

Once back home in Sonoma, Georgia will hit the local bar where she orders whiskey - because she thinks she should - only to end up drinking wine because her father's a wine-maker and the solace of the grape has always been intoxicating. 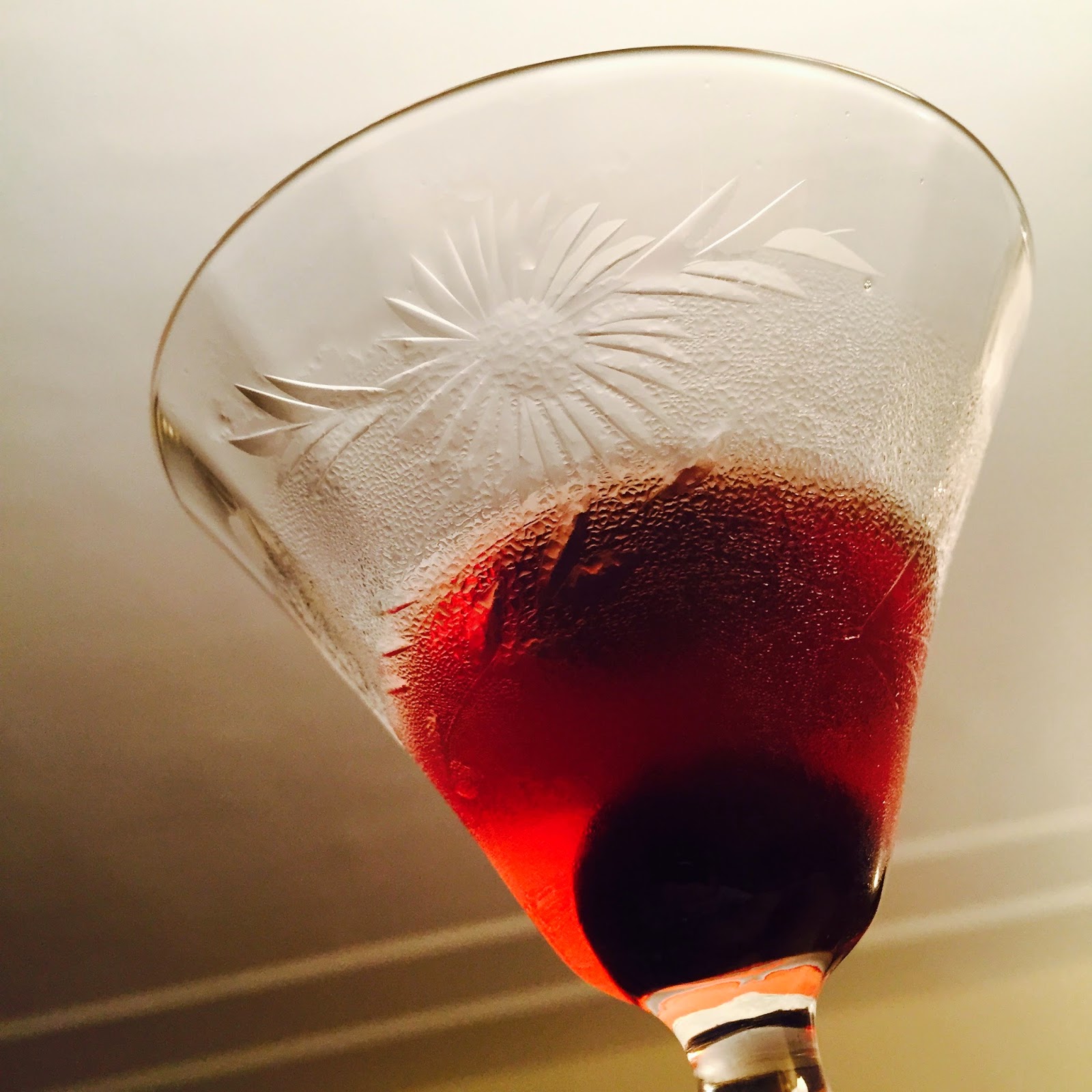 So, for Georgia, I just put them both together.  Her favorite wine is Pinot noir, and Sonoma produces some magical Pinot, heavy on the cherry.  New Yorkers have their Manhattan, but now I have a Californian.

Combine all and stir with ice.  Strain into chilled cocktail glass.  Garnish with bourbon-soaked maraschino cherry.

Then we have Luckiest Girl Alive, Jessica Knoll's wicked tale of TifAni FaNelli - and if you thought Tina Fey's script for Mean Girls was the last word on that subject, wow.  Think again.

Ms. FaNelli, Tif, Finny - no matter what she's called, she always has a razor-edged riposte ready to cut.  She can be mean, yes, but the well of her venom is fed by a deep spring. 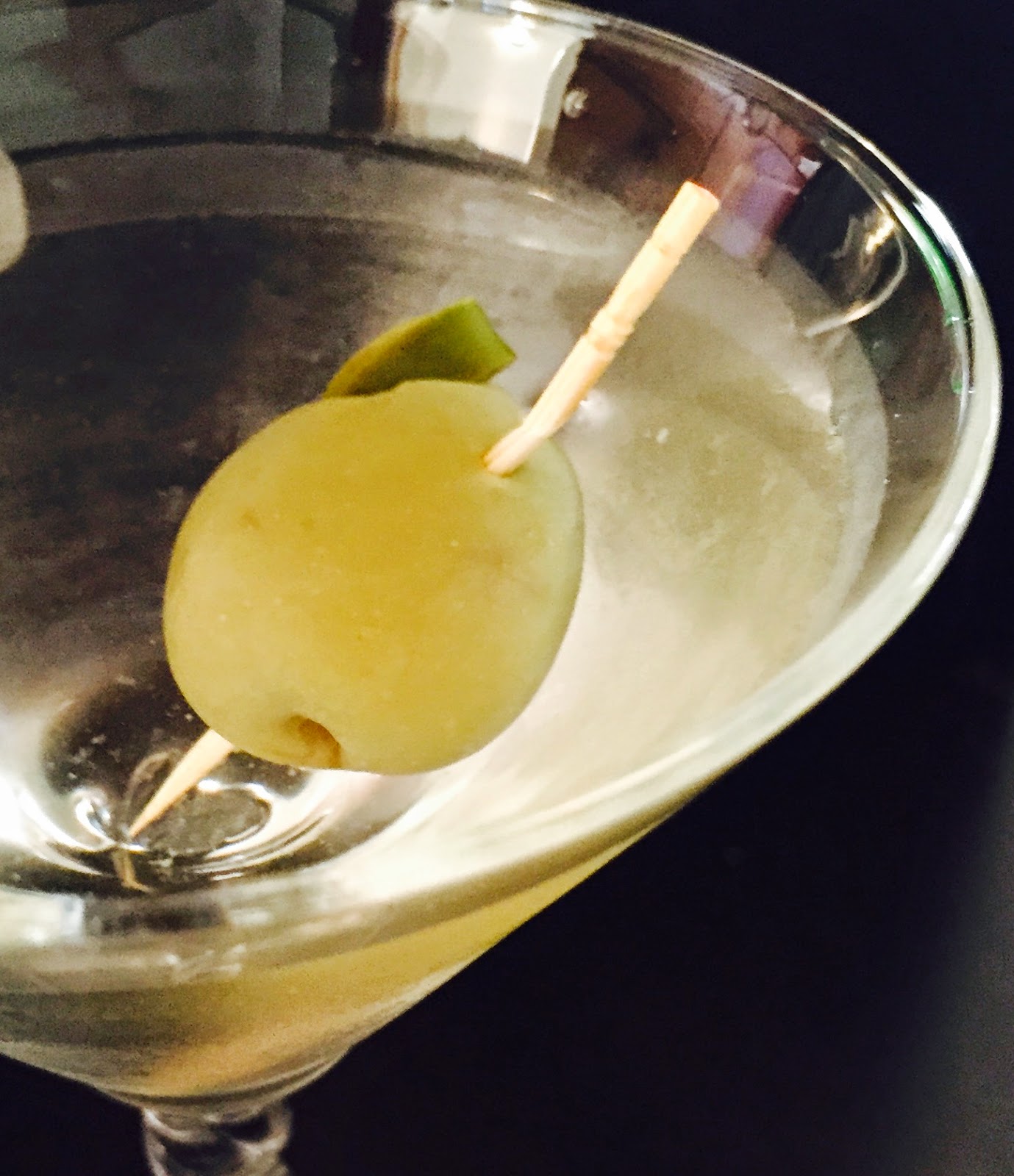 For her, I decided to create a cousin to the Martini because a vodka Martini, straight up, is her glossy editor drink.  But even while she's ordering it, she's dreaming about chocolate - these cravings for food being constant throughout her life.

Instead of vermouth, I used Cointreau, because the orange Cointreau is going to pair well with the chocolate bitters that round out the cocktail - meaning she can have her chocolate and drink it, too.  Oh, and this one comes with the biggest olive you can find - have I mentioned TifAni likes to eat?

Stir all with ice.  Strain into chilled martini glass.  Garnish with olive.

Finally, The Given World, by Marian Palaia.  Here, Ms. Palaia has provided us with a road map through one woman's grief.  When Riley’s brother goes missing in Vietnam, the loss she experiences is overwhelming.  Like an amputee who keeps reaching for a phantom limb, she must somehow learn to manage her pain when drugs, drink and sex lose their numbing qualities.  One of the saddest lines in the book is when Riley abandons her baby, leaving him in her parent's care.

And the baby, well.  I couldn't see him.  Dad could have had a mess of those boney cats in that carriage.  With their eyes closed, meowing and growling like they do.  Bye kittens.  Good night moon.

That line - Good night moon, showing that Riley had read the book to her child . . . just kills me.  So the drink would be Riley's Moon. 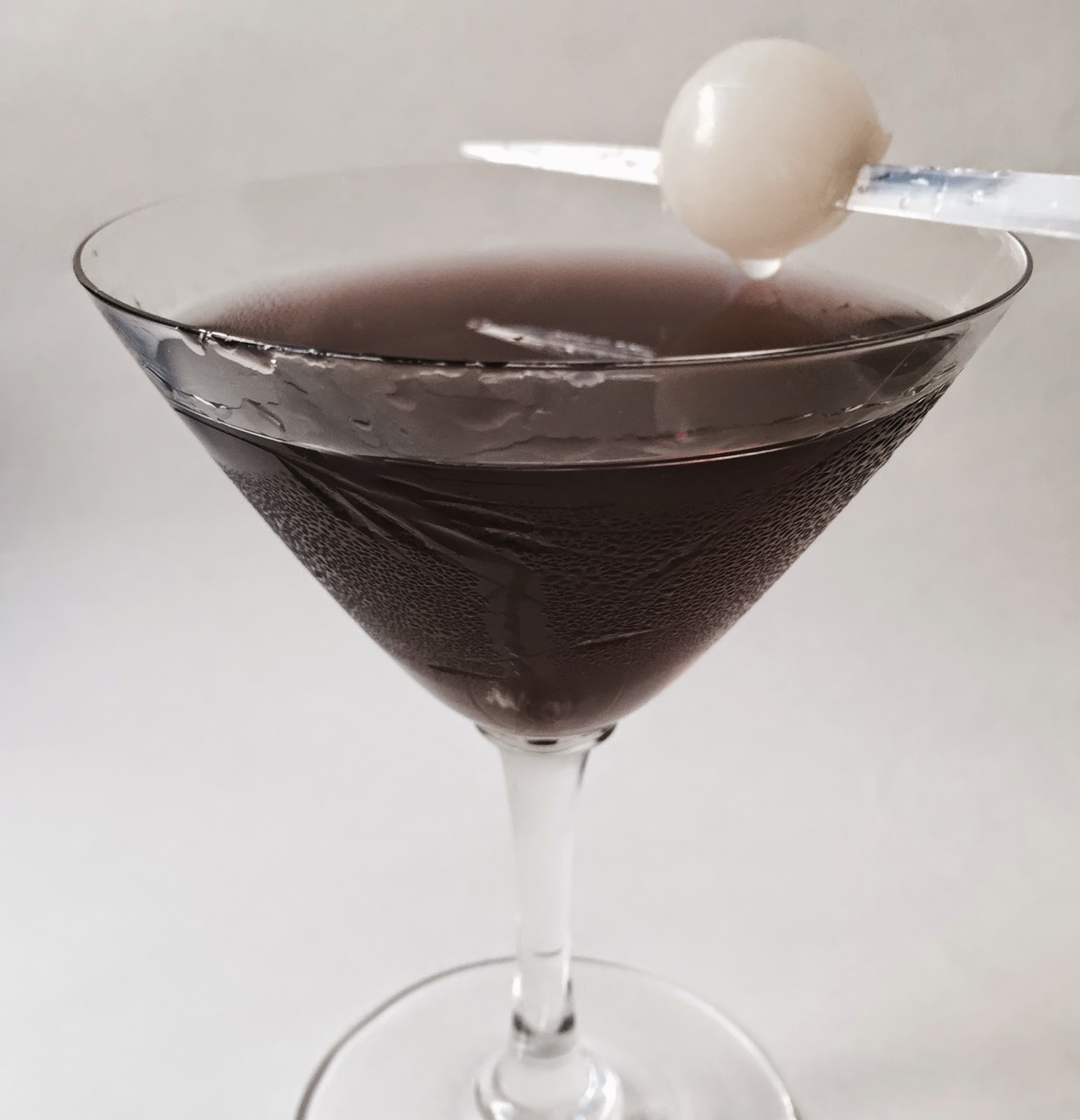 There was a period of time when she was fond of mescaline, but since the powers-that-be frown on that, I used mezcal instead.  A little black vodka for effect, some mint-infused simple syrup for smoothness - and a cocktail onion playing the role of the moon.  Goodnight, indeed.

Stir all with ice.  Strain into chilled glass.  Garnish with the moon.
Posted by Nicky P. at 6:17 PM