Wisdom From the Bottom of the Glass: Our 16th President 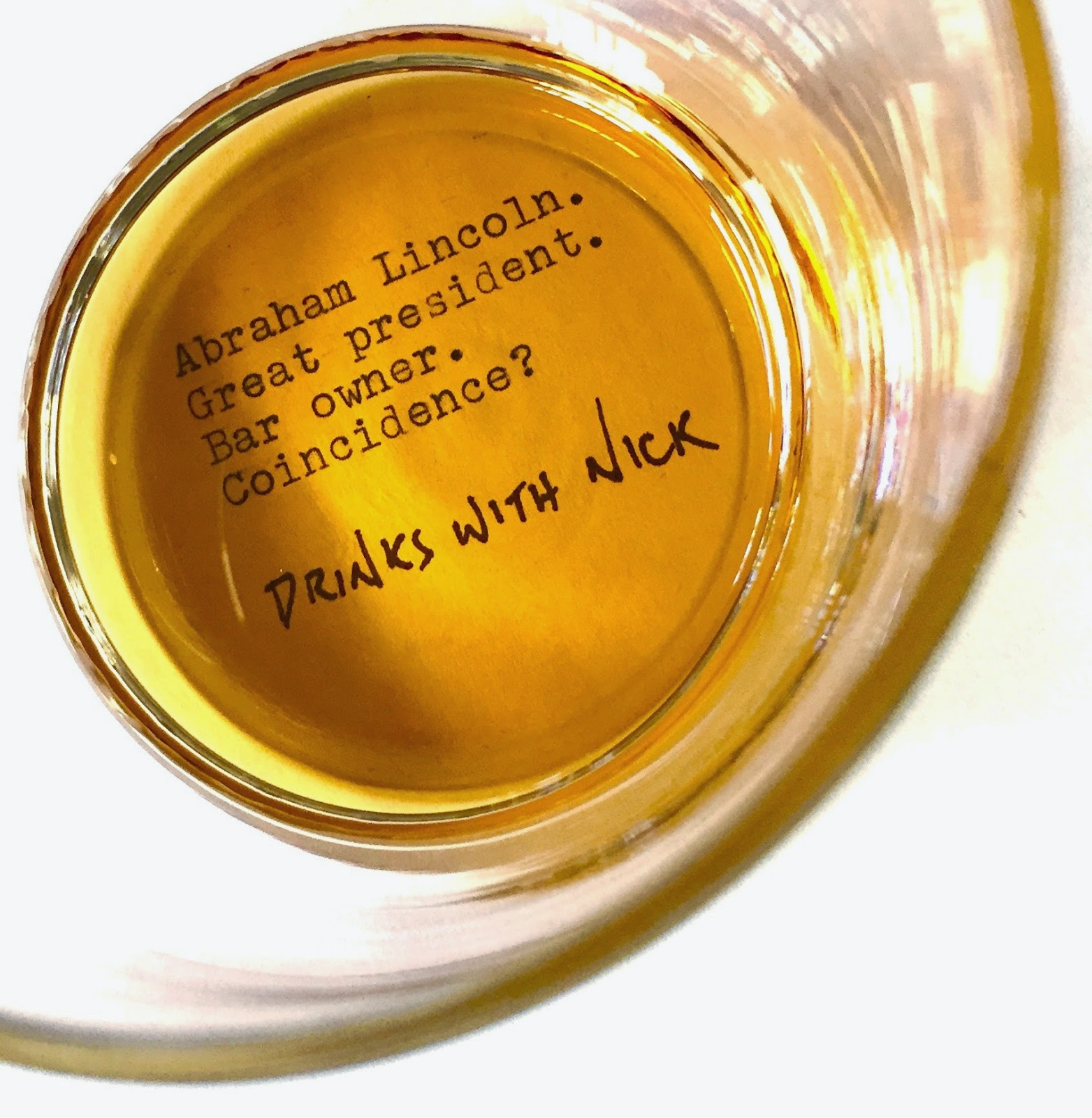 While living in Illinois in the early 1830's, Abraham Lincoln and his business partner, William Berry, owned a general store.  Like any general stores, they sold a variety of items including bacon, guns, and honey.

And booze, of course.  And booze.

Any proprietor could sell liquor without being licensed as long as he sold more than a quart and as long as it was not imbibed in the establishment.  The serving of libations was reserved for those industrious souls who received a liquor license, so, in order to make the Berry-Lincoln Store more profitable, William Berry applied for and received such a license in 1833 - making our 16th President the only person to hold that office who was also a tavern-keeper.