Did you hear the one about the Greek who was mistaken for an Irishman?

I left more than just the Island yesterday.  I left behind, if albeit briefly, stupid city politics.

I know, I know, that’s stupidly coy, kind of like saying – I heard some horrible news but I’d rather not discuss it.

I can't believe I just did that – here I am, doubling down. Not only am I being coy, I’m dropping French phrases to make myself sound smart when I have no real idea what n'est-ce pas means.  Could guess, but it’d be just that. Guessing. 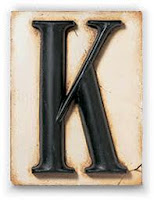 Yesterday. Leaving Alameda in the midst of glorious September weather – clear and calm and almost hot. Earthquake weather, like we had on Sunday, when a trembler hit just after 8 in the evening, and the girls, home alone with Karen, felt the house pitch and shake before hearing a crash from upstairs. We hadn’t lost anything to an earthquake before, not even in the Loma Prieta, but the smashing crash let them know that this time was different. 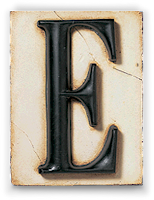 Elizabeth and Kristina were sad to see that their respective Memory Blocks, the E and the K, were the only things that had plunged from the shelves upstairs.  Plunging and falling and scattering shards on the floor because the Blocks by Sid Dickens are made of plaster on wood and earthquakes and plaster don't mix.

The girls were worried that they’d somehow been selected for retribution since their Blocks – and nothing else – lay broken.

Big pieces, though. We’ll see if they can be glued.

Sorry, sidetracked. Earthquakes will do that.

So I’m heading to the Presidio yesterday, to the offices of the Northern California Independent Booksellers Association.  Sebastian Barry was in the house, a little meet-and-greet for booksellers.

Great being back in our old neighborhood, skirting through the Marina, passing by Lucas Arts just inside the cannon-flanked Lombard Gate, through all that Presidio green, sidestepping the Parade Grounds.  All in pursuit of the opportunity to hear a great writer talk about his books.

At the start of Sebastian Barry’s latest, On Canaan’s Side, his narrator says:

But books have saved me sometimes, that is the truth – my Samaritans.

I feel that, truly, and it’s led to complications. Too many books at the house, for one (seriously, though, do you believe in such a thing as too many books?)

But see, right there! Evidence of the problem – not admitting it exists.

I used to have authors only sign their names.  The value of a book – for some – is diminished if it's inscribed to Joe Smith.  Presentation copies are different.  A presentation copy, generally meaning signed by an author to some other notable – think Charles Dickens to Hans Christian Andersen (and yes, such a lovely does exist) – something like that?  That would increase its value.  But bibliophiles aren't queuing up to purchase The Amazing Adventures of Kavalier and Clay warmly inscribed from Michael Chabon to Nick Petrulakis.

Still, I've grown lax, and the value of my books is their value to me, so sometimes if the author asks my name, I'll give it and let him or her dedicate away.

Mr. Barry proved to be a talkative, wonderful chap.  One of the best Irish playwrights and novelists going.  Hut L., director of the NCIBA, finally had to intervene and cut Mr. Barry short.  We were having a grand time, we booksellers, listening to Mr. Barry do what he does best – tell stories.

But all good things must come to an end, and so it did, and then we waited for Mr. Barry to sign our books.  Fresh copies of his newest that I mentioned, On Canaan's Side.  I haha! also had my copy of A Long Long Way, and when Mr. Barry laid eyes on it he said, Well, well – that's the paperback version.  The true first edition, he said.  After it was nominated for the Booker the publisher came out with a hardcover, but this one, he said, as he held it in his hands, carefully, like a finch that might take flight.  But this one, he said again, as he opened the pages, turning back to the copyright page.  Hmm, he said, are there no numbers in it?

Because, see, Mr. Barry is like me – sniffing out the pedigree of a book, his book.  So I pointed down to the number line, under his hand, a small hand for a relatively tall man, the tall Mr. Barry sitting there in his red and white striped shirt.  And he saw the complete number line there, 2 4 6 8 10 9 7 5 3 1, and his eyes sparkled, Why, he said, you have yourself a first edition first printing, don't you now?

Yes, yes, I wanted to say.  I have this little problem with books, with first editions.  First editions, first printings especially.  But I didn't want to waste his time on trifles.

I mean, I did, but there was a line forming.

Your name? he had inquired when I first sat down.  And I had said Nick.

Really, he said?  Are you Irish?

And I thought that was funny, that.  Me, Irish?  But maybe Mr. Barry was homesick.  Looking for an Irishman, hopeful for a little touch of home here in these bookish Presidio offices.  He was traveling with his son, his fourteen-year-old grumpy son.  But the son was off adventuring in the Exploratorium, and there were no Irishman in sight, so maybe he'd just hoped.

No, I said, I'm Greek.  And here Mr. Barry pulled another trick out of his bag and surprised me by speaking Greek, saying hello, wishing me well, and it was the first time I'd heard Greek spoken with an Irish accent.  Reminded me of my dad, hearing Greek spoken by southerners – reminded me of my dad telling me how he laughed when he heard Y'asou, y'all! for the first time.

Mr. Barry spoke of his year in Greece, living on Paros, recalling it fondly, and so here was another reason for me to appreciate this scribe from the emerald isle.

He signed my books, Mr. Barry did, and bade me farewell, and I took my two and the cases that had been ordered for our stores, and Hut helped me out to my car with that cache of signed first editions.

It wasn't until late last night, when I was redipping into A Long Long Way, when I approached On Canaan's Side for the first time, that I glanced at the inscriptions.

Glanced, then stared.  For there, in writer-messy black ink, was the dedication inside A Long Long Way:

So I flipped open On Canaan's Side, and there, too, bold as brass, in his writer's scrawl:

And I suppose if I squinted, I could turn Mick into Nick.  His writing really was a little bit sloppy, wasn't it?  But no, the M was clear.  And now his question was clear, too.  Are you Irish? Mr. Barry had asked.  And he had wondered because when I said my name was Nick, he had heard Mick.  My fault, I'm sure.  Hadn't enunciated properly and the Irishman had heard perhaps what he had wanted to hear.  That one of the bookish admirers who had come out to hear him that sunny day had ties to the homeland.  His, though, not mine.

So I shall read On Canaan's Side, and reread A Long Long Way.  And if you ask to see the books, I'll take them down from the shelf – Julian Barnes on one side, Richard Bausch on the other.  And if you open either, note that they are inscribed, and then read what is written there, puzzling it out, looking at me and then the inscription – I may ask if you'd like to share a pint.  Share a pint and hear a tale of how the Greek was mistaken for an Irishman.  Guinness? I'll ask.  A Guinness would serve us well.
Posted by Nicky P. at 1:39 AM