Everybody's trying to raise money for schools, right?  We in Alameda are no different.  Karen and I moved here because of the schools, but now?  It's a long story, but Alameda schools will soon be worse off than many, and forward thinking citizens have been trying to get parcel taxes passed to stave off Armageddon (I know, I know.  You hate parcel taxes.  I'm selfish, ok?  And I want good schools for my kids and I want good schools to keep my property value up.  Now please admit that the only reason you're against Parcel Taxes is because you're selfish, too.  Please.  Just do that and then go away.  I'm selfish, you're selfish.  Let's agree on that.)

Anyway.  In Alameda, we call it Measure A.  The good people behind the measure held a fundraiser.  There was a bar downstairs, music upstairs, and a Silent Auction someplace else.  I had a fine feeling about this piece of art that was being Silently Auctioned, and Karen needed some art for her new office, so I suggested we throw half our tickets into that pot.

Long story short, Karen won the art and it hangs now on the wall behind her desk.  Looks great.  But...these words weren't going to be about the art.  Heck, they're not even about Measure A (though you should vote for A if you can.  I'm planning to vote early and often).  It's about Nick and Sharon and Neil Diamond.

I said there was music upstairs, right?  I should be able to remember who the bands were, but I don't.  They were all fab, I do remember that.  But, um, the bar downstairs?  The Corona was extra cold, the lime wedges shoved down the Corona necks were wonderfully citrusy, and my story is that it was the quality of the cerveza - not its quantity - that may have pushed the names of the bands out of my mind. 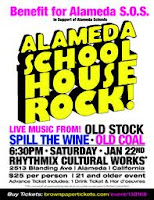 But the music was great.

Late that night - close to when they were going to kick us out of the upstairs at Rhythmix, down the stairs and out the front door - it was late when He appeared onstage in all his shiny, sunglassed glory.  White shirt with a lot of sparkles, collar tips hanging way down to here.  It wasn't really Neil, I mean his voice left some to be desired, but his attitude?  That was all Diamond.

Karen and I had been joking earlier that you could tell the age of the parents who were there, upstairs, by how loudly they responded to the songs that were being covered.  Eighties?  That was for the old parents - right in our wheelhouse.  The next Gen screamed loudest for the Grunge ditties and Ska.  There were some real young whippersnappers, and they responded to songs that I hadn't heard.

I didn't think those songs were all that, but that's just me all over.

The funny thing?  Everybody responds to Neil.  Yeah, you might not think you would - but there's a test.  I was telling Nick about the test when Neil took the stage.  Nick and Sharon are in the Ska generation.  Younger.  But they don't hold it against us.

It's easy to tell that Nick's younger because he remembers each of the Neil Diamond songs that were sung, sung blue that night.  Four of the five or six were favorites of his and he could count them down on his fingers easy, I'd betcha.

Anyway.  Karen was sipping bad white wine, I had my cold Corona, and Neil just took over.  Whenever I hear Neil Diamond I think about Delaney's.  Great bar in the Marina.  Well, it was great when Tim Delaney owned it.  Delaney was a star receiver at San Diego State and for the WFL.  Years later he ran a terrific bar.  It happened to be next to the bookstore that I managed, and I happened to befriend the bartenders, and they happened to keep my frosty glass of soda refilled throughout the day.

One night after work, a group of us went next door to Delaney's for adult beverages.  I was there, and so was Ladd, and Craig, and Phil.  Ladd was 6'4'' - at least - good looking to boot.  Marina Bunnies loved Ladd.  Craig was older than Ladd, and not as tall.  Phil was young.  An artist.  He's at Lucas now, chasing Skywalker.  Ladd's designing chairs.  Craig's off to LA, following his music muse.

That night, though, we were all booksellers relaxing after a closing shift.  Craig, after a beer, started grilling Ladd about how to close the deal.

I don't get it, Craig kept saying.  These beautiful women come into the store, but it's awkward.  You can't hit on them - and here he shot me a look, assuring me that he wouldn't make a customer feel uncomfortable in the store - that would be wrong.  But where else am I going to meet someone?  I'm in the store more than anywhere else.  You - he shot this at Ladd - you don't seem to have any problem, no one feels uncomfortable when you're selling them a book.  How do you do that?

And Ladd just smiled.  Well, he said, you can't ask anyone for their number.  Someone - and Ladd here smiled at me - might not approve.  But you could comment on the book as you slide it in their bag.  You could say, I've heard good things about Bridget Jones.  When you finish, you should let me know what you thought.

And then Ladd sipped beer.  And Craig just stared.  And then the grilling continued.  Craig throwing out different scenarios.  Ladd casually tossing off lines that fit each occasion.  Not that Ladd used these lines, mind you.  He was just answering questions.

The four of us were sitting at a table that would comfortably seat three.  And the table next to us was empty until this group of seven or eight frat guys took it over.  They were probably visiting from Berkeley.  Loud, the way frat guys can be loud.  Not offensive, just a lot of guys in a small space taking up a lot of room and drinking more than - perhaps - they should.

It was then that Neil Diamond started playing.  Sweet Caroline.  Tim always made sure there was good music in the jukebox.  Ah, Sweet Caroline.  That's a dynamite song even if no one knows what the lyrics are.  I'm asking you right now - how's it start?

No cheating.  You can't Google it.

Where it began.
I can't begin to know it.
But then I know it's growing strong.

See, I've told you that's the song, and I've spelled out the beginning for you - but even now, it's not really registering.  If you had the music, though, like the frat guys had the music, you'd know what was coming.

Was in the spring.
And spring became the summer.

Who'd have believed you'd come along.

Ok, that's starting to tickle a little something in the back of your mind.  But like I said, if you had the music?  You'd almost be able to sing it.  Almost.

That's when I shouted out, loud enough for my table to hear - but not the table next to us - I yelled out to Ladd and Craig and Phil, because this is the surest of things, I yelled out as I reached into my pocket for a five dollar bill, I yelled out as I waved Lincoln above my head and looked at the frat guys, When it gets to the chorus that entire table's breaking into song.

Ladd twirled a finger in the air and said, The entire table?  And I said, Each and every one.

So Ladd pulls out a bunch of bills from his overalls, and Phil follows suit, and the dollar bills are just raining on the table.

I don't have five dollars, Craig's yelling.  Ladd looks at the frat guys, looks back at me and repeats, All of them? and I just nod so he digs for more dollars to cover Craig--

Hands, touching hands.
Reaching out.
Touching me,
Touching you.

Anyone not on a respirator is going to shout out

And with all those dollar bills on the table, well, two or three more rounds were assured. 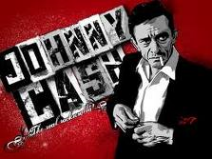 More songs came out the Juke.  Some Johnny Cash.  Maybe a little Led Zeppelin.  And at a later point that night, Ladd suddenly calls out

So without thinking I swipe my glass off the table, as does Phil - though he's an artist, he's quick - but Craig just looks over at Ladd and says

that one of the frat guys comes pinwheeling backwards, arms swinging, ass slamming into our table, Craig's beer gone, the glass shattering at his feet as the table flips then slams Bang onto the floor and the frat guy sprawled out like a scarecrow without a post to hitch himself on.

That's as good a reason as any to call it a night, so the three of us still with beer in our hands finish as seven brothers attend to one, and I'm going to tell this story to Nick.  You remember Nick, right?  We were at the event for Measure A.  His wife and mine, Janine and Brad, Edward and Annette, Natasha and Harry, Barbara, Ron, Liz - all the cool kids.

As I'm telling Nick about Neil, and Sweet Caroline - this is after our Neil has swaggered across the stage to three fabulous songs that Nick could recite for you but that I can't - it's as I'm trying to tell Nick the story about frat guys and monies wagered on vocal proclivities, it's then that our Neil, version 2011, of course begins to sing

Where it began.
I can't begin to know it.
But then I know it's growing strong.

You of course know where this is going because you just sang the song with me.  But as I'm telling Nick, Sweet Caroline starts being sung.  I mean, of course, right?  And I get the story out as quick as I can, just in time for the chorus

Sweet Caroline!
Good times never seemed so good!
I've been inclined to believe
They never would. 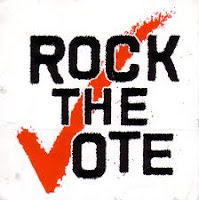 We're all singing, all of us, there upstairs in the dark, singing in support of schools, in support of songs with the catchiest of hooks, singing as a man in a white shirt with sparkles plays us, plays this crowd, like the vocal instrument we've become.